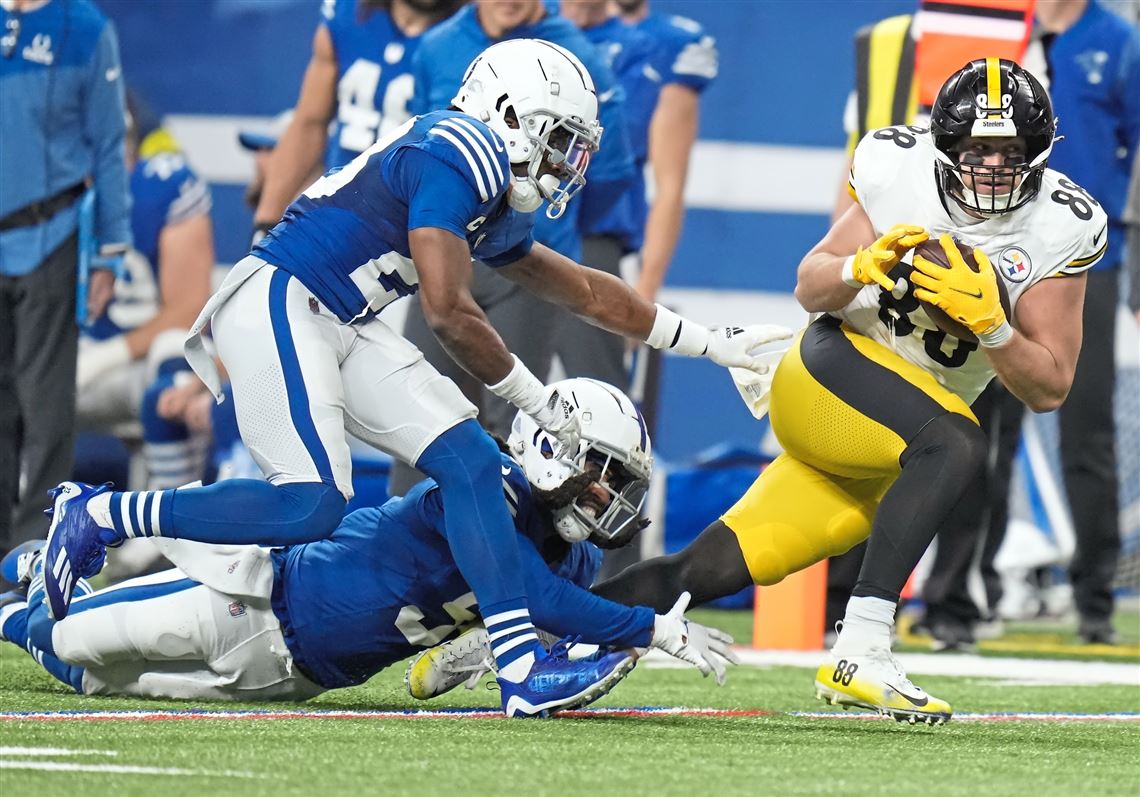 The Pittsburgh Steelers went into Indianapolis and defeated the Colts 24-17. Here were my thoughts as the game unfolded and after it ended.

-Decent start for Kenny Pickett(20/28 174 yards). He was hitting receivers in stride which is something he has to get better at. His overall accuracy was much better and despite taking three sacks, he didn’t turn the ball over either. Arrow is definitely up after this game.

-The constant running plays on second and long are so predictable… Do better Matt Canada.

-The Steelers rushed for 172 yards and had four different guys over 30 yards.

-George Pickens(3 Rec 57 yards)has incredible hands. They are literally like vice grips. That said, there were probably two balls he could have caught too.

-75-yard TD drive to start the fourth quarter was huge.

-Can’t say enough about the fresh legs of Benny Snell (12 Rushes 67 yards TD). He made some crucial runs in the second half as he replaced Najee Harris who had 35 yards and a TD on 10 carries.

-Diontae Johnson has to catch that ball in the end zone. If you’re going to be a number one wideout then you have to make that catch.

-Can someone, anyone? Please explain why Matt Canada keeps calling designed plays for Zach Gentry, the slowest man on the field? No one, and I mean NO ONE is falling for these calls. Enough!

-Terrific start as they didn’t give up a first down until mid second quarter.

-Really different energy for the D early on. They were clearly annoyed by their play last week against the Bengals.

-T.J. Watt was completely neutralized tonight. The entire front was disappointing after halftime.

-The one exception was Alex Highsmith who had back-to-back superb plays on the final drive. One was a strip sack which the Colts recovered and the next was stopping Jonathan Taylor for a loss.

-As M.I.A. as T.J. Watt was, Cam Heyward was also largely on the side of a milk carton too. They just aren’t getting enough push in the interior of the line and Matt Ryan took advantage of that in the second half.

-Jonathan Taylor finished with 20 carries for 86 yards and a score. He never really got going though and I blame their play-calling for that as much as anything.

-I really, really hope that Brian Flores takes this defense over in 2023. Teryl Austin just isn’t creative enough when his base defense isn’t working.

-Absolutely inexcusable night from the kickoff team. How many more passes does Danny Smith get? His units continue to be sub par.

-Up and Down night for Pressley Harvin III but he finished on a high note. His final punt forced the Colts to begin from their own seven yard line.

-Great night for Matthew Wright. He went three for three on his field goal attempts and one for one on his PATs.