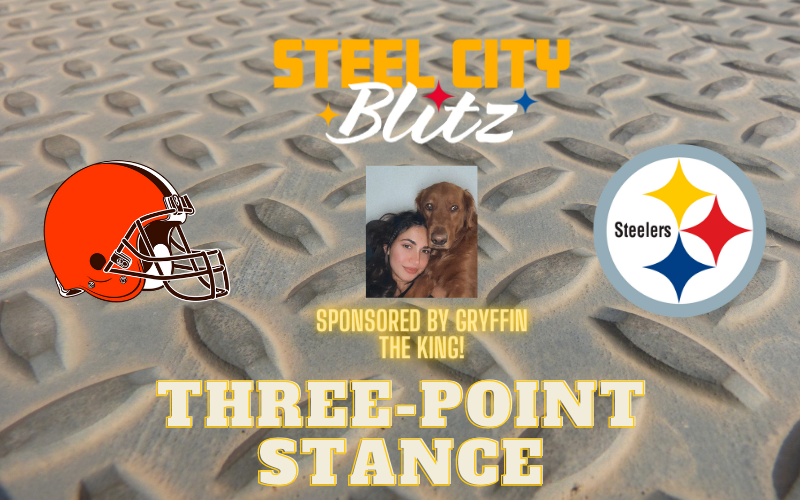 It seems like week one wasn’t that long ago but here we are. After 16 games the Pittsburgh Steelers host the Cleveland Browns in week 18 with a slim chance to make the playoffs. Here’s everything you need to know for the game.

What: Cleveland Browns 7-9 at Pittsburgh Steelers 8-8

Last Week: The Browns defeated the Commanders in Washington 24-10 while the Steelers knocked off the Ravens in Baltimore 16-13.

TV Coverage in Your Area: Some unusual viewing areas in this one. Check out 506sports.com.

Head Official: Clete Blakeman. Blakeman is an attorney and graduate of the University of Nebraska. He’s in his 13th year as a head official. The Steelers most recently saw Blakeman in Philadelphia where they were beaten by the Eagles 35-13. There were 17 accepted penalties in that game.

Injury Notes: On Friday, the Browns sent Jadeveon Clowney home after he made disparaging comments about the organization so it’s unlikely that he plays… I’ll be very surprised if Minkah Fitzpatrick doesn’t play.

This Week in the AFC North: Baltimore at Cincinnati 1pm Sunday

What You Need to Know: Pittsburgh is 7-0 this season when they lead after the first quarter… The Steelers are just 3-4 in games played at Acrisure Stadium this year… This is the 22nd time the Browns have played in Heinz Field/Acrisure Stadium in the regular season. They are 1-20 in the previous 21 games… The Steelers have the most wins (12) in the NFL in regular season finales dating back to 2007… Since the 1970 merger, the Steelers have 40 wins in home finales which is the most in the NFL… Pittsburgh has played in 12 games this season decided by eight points or less… Minkah Fitzpatrick was voted the team’s MVP on Friday.

What’s at Stake: For the Browns it’s simple. A win knocks their rivals out of the postseason and gives them a rare season sweep of the Steelers. For Pittsburgh, they MUST win and get losses by the Patriots and Dolphins in order to make the playoffs.

1. Run vs Run. The Cleveland Browns make no secret about the fact that they want to run the ball. The Pittsburgh Steelers have had the same thought process since Chuck Noll arrived more than 50 years ago. More recently however, the Steelers have actually lived up to this with Najee Harris going over 100 yards for the first time since his rookie campaign. This game will largely be decided by which team can run the ball better. The Steelers have done well against the run in recent weeks in terms of stopping the run but the Browns will present a different challenge. They have an excellent line and we know all too well what Nick Chubb is capable of doing. One of the big keys Sunday will be who can keep the opposition in second and third and long. I think the team forced to go away from the run sooner will be in trouble.

2. Who Can Protect? When the two teams throw the ball, protecting the respective quarterbacks will be paramount. Myles Garrett seems due for a big game against the Steelers and without Clowney opposite him that challenge will get bigger. T.J. Watt looked as much like himself last week as he has at any point during the season and Alex Highmsmith looks to increase his career high in season sacks. I have no doubt Matt Canada will look to get the ball out of Kenny Pickett’s hands quickly. Both Pickett and Deshaun Watson have the ability to use their legs and that could ultimately help decide who keeps drives going and who can’t. For me, interior pressure will be the key and it will begin and end with Cam Heyward.

3. Just Play the Game. Mike Tomlin, just as recently as last year, has been in this position many times before. The problem is that the majority of his players have not. With both the Patriots and Dolphins playing at the same time, ‘scoreboard watching’ will be en vogue. But Tomlin can’t let his players fall into that trap. The first and most important task to complete is beating the Cleveland Browns. Nothing a Steelers’ player does will have any impact on games in Buffalo or Miami so the Black and Gold have to stay focused on get the job done.

Prediction: The last two weeks I’ve gone against our beloved Steelers and each time they smacked me in the face and deservedly so. Cleveland has had a very disappointing season and they will view this game as their opportunity to end the Steelers’ season and also sweep their number one rival. What I can’t get past the last few weeks is that the Steelers’ offense has largely been awful. Take away those two winning drives… Can you imagine the discussions we’d be having right now? The Browns’ defense has struggled this season especially in some key moments and I think the Steelers’ D will do as they’ve done – kept the team in the game. All that said, I just don’t think the Steelers will score enough points.