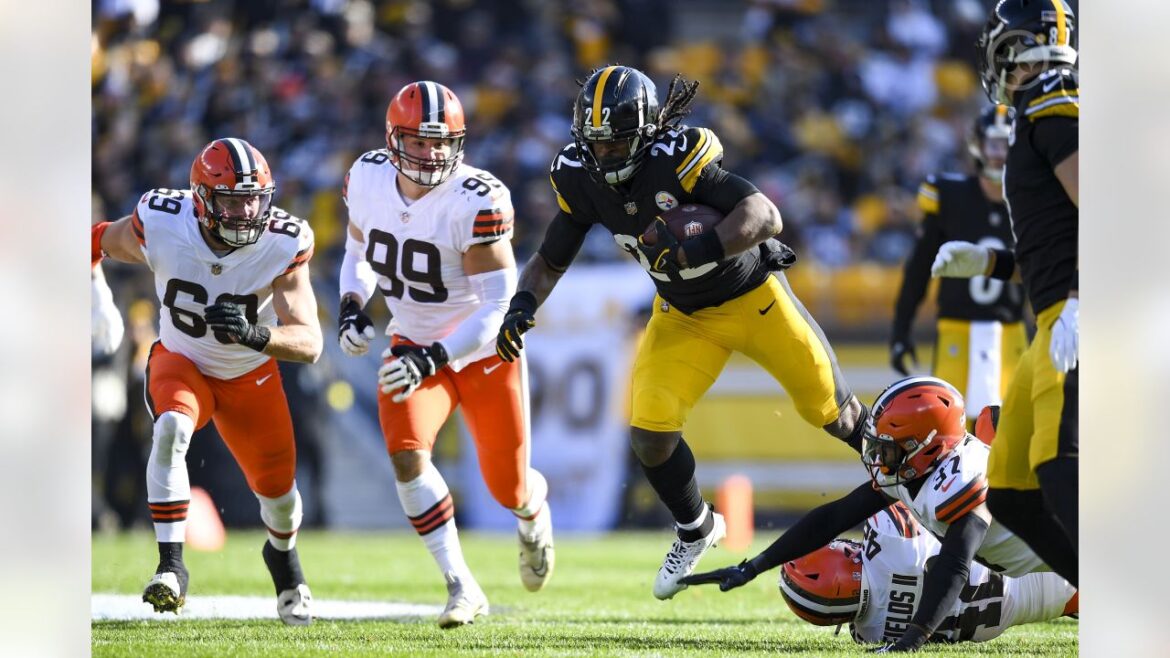 Although it came right down to the wire, the Pittsburgh Steelers are not making the postseason in 2022. They got two of three with their 28-14 win and the Bills’ win over New England but the Jets couldn’t complete the hat trick. Here are my thoughts from today’s game.

-An off-season of work together for Kenny Pickett (13/29 195 yards TD)and George Pickens (3 Rec 72 yards TD) will make this one hell of a duo. Both have a lot to work on but they already seem to have a connection.

-Najee Harris (23 Car. 84 yards TD) has run more and more violently in recent weeks. A lot of that is due to just being healthier. He’s got to know defenders are trying to punch the ball out when he puts it over the top like he did today. He’s done it so often that teams are waiting on it.

-Connor Heyward (1 Car. 6 yards, 3 Rec 45 yards) is becoming a really important player for this unit. He makes some key runs. He makes some big catches and his blocking is improving.

-Very lucky in this game on the overturn of Diontae Johnson’s (2 Rec. 38 yards 10 Targets) fumble. It was eventually ruled incomplete but it sure looked like a fumble to me. It turned out to be his second drop of the first half

-Fantastic drive to put the game away. Kenny Pickett delivered some huge throws on third down and it culminated in a Derek Watt TD and a beautiful two-point throw to Diontae Johnson.

-Injuries to Gunner Olszewski and Pat Freiermuth were unknown at the time of this writing.

-You probably aren’t going to like this but I get the feeling Matt Canada is coming back. The offense made some small strides in recent weeks and seemed to get a tad more creative. Personally I would not do it but I think he’s coming back.

-Jaylen Warren really is the perfect compliment to Harris. He carried six times for 36 yards and also had three catches for seven yards. One of those catches resulted in a first down in which he was able to get a couple yards despite three tacklers on him.

-The offensive line struggled at times today in pass protection but still helped run for 148 yards. Pickett was under some pressure early and was sacked just once but he had to escape the pocket several times too. Despite this unit being together all season I think changes are possible and likely.

-This isn’t a secret but the Steelers need to upgrade at inside linebacker. I think Mark Robinson has some potential but he has work to do in coverage and in his overall game. Devin Bush is gone and Robert Spillane needs to be a reserve not a starter.

-Atrocious call on Cam Heyward for roughing the passer. Deshaun Watson had slipped out of numerous tackles and Cam had every reason to want to lock him up.

-Terrific interception by Damontae Kazee. Read that perfectly and acted on it.

-Cam Heyward, T.J. Watt and Alex Highsmith were awesome today. Deshaun Watson is likely going to see them in his sleep. These three combined for five sacks while Terrell Edmunds and Larry Ogunjobi had one apiece.

-Pressley Harvin III punted well the last couple of weeks but I still think serious competition has to be brought in for him.

-I understand the logic of getting up to the line ASAP as the Steelers did on the goal line in the first quarter but they have to have a better mechanism for telling Mike Tomlin a play should be challenged. That series could have cost the Steelers in this game. It didn’t but they have to iron that out a bit.

-Kevin Stefranksi… Run the football man. Why he was going to the pass so early and often makes zero sense to me.

-Some really poor officiating by Clete Blakeman’s crew. Larry Ogunjobi pulled Watson down by his facemask and it wasn’t called while there were several pass interference calls that either shouldn’t have been called or were when they shouldn’t have been. Then there was completely missing the two minute warning at the end of the first half.

Next Week: Sadly this is it for the season. We’ll start our off-season coverage this week and start focusing on the Draft as well! Make sure you’re checking out the SCB Steelers Podcast presented by DEK Roofing Inc as we’ll be broadcasting every week!

Tomlin Puts Heat Under His Own Seat With Canada Decision