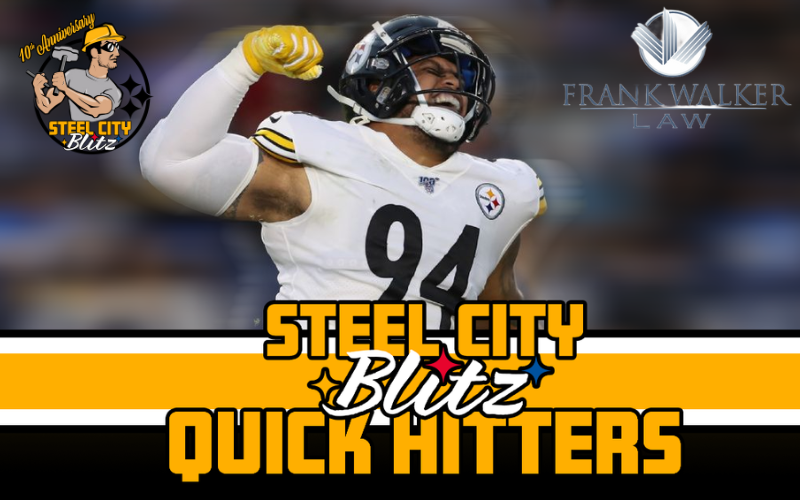 We all have priorities in life. Family, work, doing the podcast every Thursday night… You get it I’m sure. The Pittsburgh Steelers have no doubt laid out their priorities for the 2023 NFL Offseason. They typically start with ‘in-house’ guys first meaning, they decide who they want to prioritize in terms of their free agents. From there, they start to look at players who are no longer under contract and are free agents. Then of course they start looking at the Draft. When I say “start looking,” what I actually mean is that this is an ongoing (literally 24/7/365) thing that goes under the microscope a bit more as the Combine, Pro Days and the Draft all come closer. As for free agency, many believe they will target offensive linemen. Personally I do not as the overall market is not very deep and the money for starting free agent O-Linemen is pretty high. Could they look at some depth guys? Of course but I just don’t see them making a big splash here. Instead, I’d look for defensive backs and linebackers. They need to desperately bolster the cornerback position and we cannot go into the season with limitations at linebacker either. Once free agency shakes out, then the Draft will address the rest.

Passion vs Uncalled For

In the fourth quarter of the Buffalo Bills’ loss to the Bengals Sunday, their Pro Bowl wide receiver Stefon Diggs was seen gesturing towards QB Josh Allen in what can only be described as “frustration” as he waved his arms about. His gestures resembled a “what are we doing?” or “Why aren’t you throwing me the ball?” type of demonstration. Many viewed this as Diggs just being frustrated. He’s a passionate guy who was struggling with what was happening on the field. Others viewed him as selfish and just another “diva” wide receiver. I don’t know Diggs personally and I’m guessing most of you don’t either. Therefore, I’m not going to judge too harshly here. Did I like what he was doing? No, I’m always a big believer in keeping that crap in-house. But… I also understand where he was coming from. I guess if I could say anything to Diggs it would be to suggest he go do that to the offensive line and his coordinator. Allen was constantly under pressure and the unwillingness to run the ball all year finally caught up with Buffalo.

Tweet of the Day… Sorry to both Browns and Steelers’ fans in Ohio.

I really have no idea how anyone struggles to see the Bengals winning in KC. They did it last year against a healthy Patrick Mahomes. Now, with Mahomes far less than 100% and the Bengals playing ‘lights out,’ I think the Bengals have an excellent shot at returning to the Super Bowl. In the NFC, I’m most curious to see how Brock Purdy handles that atmosphere. The Niners have to run the ball well to have a chance. The Eagles need to avoid turnovers. Don’t make it easy for the rookie QB with short fields.

One Thing That Irritates Me

OK, truth be told there are MANY things that irritate me but one in particular is this idea that Mike Tomlin and the Pittsburgh Steelers are no longer interested in championships. That they are only interested in ‘winning seasons’ or ‘improving.’ I don’t understand this mindset. Some of it comes from past successes and some probably from easy the Patriots made it look for so long. Nothing has changed with the Steelers. Super Bowls are still the standard and always will be.

Who Has the Best Odds of Winning Super Bowl LVII?