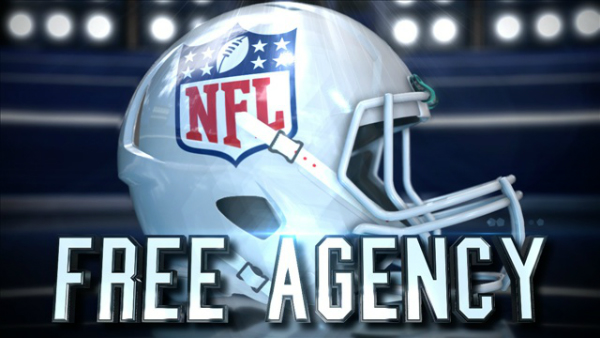 Disclaimer: As the Pittsburgh Steelers’ cap space has yet to be released, this article will document athletes which the Steelers could benefit from beholding on their roster. Moreover, with the looming embargo regarding Antonio Brown, I have decided to refrain from discussing cap space. That said, the players listed below will be realistic options for the 2019 season.

Kwon Alexander is a player that the Steelers desperately need. Firstly because he possesses veteran experience as a starter, having started all five years of his NFL career at middle linebacker for the Tampa Bay Buccaneers. In those seasons, Alexander proved himself to be a game-altering star. Evidenced by the fact that he compiled 6 interceptions, 1 defensive touchdown, 22 pass deflections and 6 forced fumbles. In addition, he consistently notched large numbers of tackles with 380 combined and 31 TFL in four years. He also contributed 7 sacks too. Unfortunately, he suffered a season-ending injury in week 7 of the 2018 season, which may deter some franchises from picking him up in the offseason. Hopefully, this may allow a window for the Steelers to snag him in free agency.

Shaquil Barrett went undrafted in 2014, despite a stellar career at Colorado State University. Barrett was named the Mountain West Conference DPOTY in his senior year after he posted 12 sacks and 20.5 tackles for loss, which ranked fifth in the NCAA. He concluded his collegiate career with 245 combined tackles, 31 TFL and 18 sacks. As a  Denver Bronco, he served largely as a backup. Through four years he contributed 151 tackles, 14 sacks, 7 forced fumbles and 3 recoveries. Furthermore, he was also apart of the Super Bowl 50 championship winning Broncos team. Barrett would be a viable starting option for the Steelers, regardless of whether or not the they retain the services of Bud Dupree. More importantly, I believe he could be a much cheaper option at the position.

I’ve been a constant supporter of Jordan Berry throughout his career until this season. He was consistently inconsistent this year, as I’ve said countless times in 2018. I believe that it’s now time to move on from him, and what better way to do so than with Pat O’Donnell of the Chicago Bears. He’s an established punter within the league, having participated in five seasons. He was nominated to the PFWA All-Rookie Team in 2014, as well as having been nominated to the First Team All-Big East in 2011 at collegiate level. In the 2018 season, O’Donnell averaged 45.0 yards per punt. That figure being far greater than Berry’s 43.7 YPP. In addition, O’Donnell ranked tenth in punts inside the 20 with 10 on the season. He also added 4 in the postseason which currently ranks first.

Stevan Ridley was a monumental failure for the Steelers this season. He garnered just 29 snaps, rushing for 80 yards and 1 touchdown in the process. His 2 forced fumbles absolutely killed his chances of featuring in a larger role for the team, despite being the third-string running back. C.J. Ham of the Minnesota Vikings is a surprise pick, I get that. However, he’s a reliable player who can carry out multiple duties. Notably, he can catch passes from the backfield. Additionally, he is solid as a straight and narrow runner, often gaining large gains up the gut. Thus, I feel he’d be a suitable addition to the running back core and more importantly he will be incredibly generous against the cap.

Kenny Vaccaro of the Tennessee Titans would be an exquisite addition to the Steelers roster. The former first-round pick boasts 6 years of NFL experience and is a respected character within the locker room. Vaccaro was brought in as an injury replacement by the Titans last season. As a result he contributed 1 interception, 4 pass deflections, 2 sacks, 3 TFL and 58 combined tackles. His performance this season will likely earn him a contract extension with the AFC South contenders. That said, the latest news surrounding Morgan Burnett and his willingness to exit the Steel City may provide an incentive for the Steelers to go all-in on Vaccaro this offseason.

Let the record show that I’d love for nothing more than to retain the services of Ramon Foster ahead of the 2019 regular season. He’s been a stalwart as part of our current dominant O-Line. However, I fear that Foster may wish to cut loose from all the drama. Besides that, he also stated that the Steelers would have to pay above the odds to keep him this season, as he hit out at Le’Veon Bell. To be honest, I don’t even blame him for that either. As a replacement, the Steelers should look in the direction of Andy Levitre. According to Pro Football Focus, Levitre ranked among the top run blocker in the 2017 season. He was unable to replicate this form in the 2018 season following a season-ending injury within which he tore his triceps. Should he return this year, he would make a reliable replacement as well as another veteran to provide leadership and knowledge within a relatively dysfunctional locker room.

As aforementioned, there’s a large chance that Antonio Brown leaves us in the offseason. Luckily however, there’s an incredible pool of receiving talent this year. Most notably, in my opinion, Chris Conley. In spite of missing the majority of the 2017 season through injury, Conley has produced efficiently. In four seasons, he has amassed 1238 yards and 6 touchdowns on 104 receptions. He currently averages 11.9 yards per catch across those four years, whilst catching approximately 62% of passes thrown his way. For me, the trade would significantly bolster an already deadly tandem within our receiving core. Even more so, should Antonio Brown elect to stay.

Nice job Gregg but we are going to have to get a CB somewhere who can play right away.