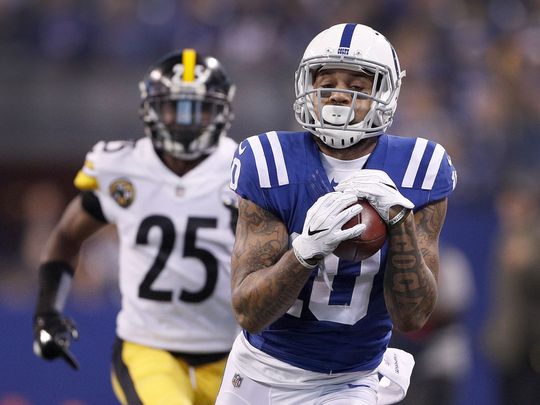 Now that the Pittsburgh Steelers have rid themselves of two perpetrators of drama within our locker room, they can finally look to build another unit which can lead us on the Stairway to Seven.

The organization has already taken various steps in their hunt to do exactly that. The most recent of which was signing Donte Moncrief, as announced earlier yesterday. He joins the Steelers on a two-year deal, however, we are unaware as to how much he will earn over those campaigns.

The Dawn Of An Indianapolis Colt

In a three-year span for the University of Mississippi, Moncrief grabbed 2,371 yards and 20 touchdowns on just 156 receptions. As a result, he was highly touted coming out of college. His 6’2” frame and blistering speed garnered the attention of multiple teams. But it would be the Indianapolis Colts who’d eventually draft him in the third round (90th overall) of the 2014 NFL Draft.

His career in Indy never quite reached the potential that he was surmised to bring to the league. He did however, find success when partnered with Andrew Luck, who struggled to stay healthy in the three years that Moncrief served as a Colt. Ironically, Moncrief’s first touchdown in the NFL actually came against the Pittsburgh Steelers on October 24, 2014.

He concluded his career as a Colt having featured in 53 games, 27 of which he started. Through those, he compiled 152 catches for 1,875 yards and 18 touchdowns. Whilst his statistical production doesn’t exactly bring the “wow” factor, he suffered from his own injuries particularly in the 2016 campaign, as well as having to play with the Colts’ backup due to Andrew Luck being constantly injured.

Despite a productive four-year career in Indy, Moncrief joined the Jacksonville Jaguars in 2018. There, he had to contend with poor quarterback play once again, as Blake Bortles was the man under center. Irrespective of that, he still posted solid numbers. In 14 starts (16 total games), he amassed 668 yards and 3 touchdowns on just 48 receptions. That produced an average of 14.3 yards per catch.

The Jags elected not to extend Moncrief’s contract however, which provided an opportunity for us to snag him.

Sure, Moncrief hasn’t eclipsed a 50 catch season since 2015, but let’s not forget that he suffered from rather downtrodden quarterbacking for the majority of his career.

I personally really like this deal. First of all because of his size. At 6’2” and 220lbs, he is a bigger target for Ben Roethlisberger to throw to this season. Moreover, he couples explicit speed with that frame, having ran a 4.40s at the NFL Combine. That speed has benefitted him greatly in the NFL, as he is no stranger to making large YAC plays.

In addition, Moncrief has proven that he can produce results on contested catches, which is a credit to his rather large catch radius. He has also demonstrated that his size does not hamper his mobility or agility, given that he produces catches like this one against the New England Patriots on the regular.

Another aspect of his game that I admire is his versatility. As a Jaguar especially, he performed a variety of roles on offense, having produced positive results in the slot and as the ‘X’ receiver. Furthermore, he also boasts minimal experience on special teams, therefore he is another weapon that can be added to our arsenal.

Ultimately, I believe the 25 year-old can experience lots of success in the Steel City. As evidenced, he has recorded solid production through five campaigns, in spite of having a poor QB to throw him the ball. If he can accumulate 2543 yards and 21 touchdowns with Bortles and an injured Luck passing him the rock, just imagine what he can do with Ben at the helm. 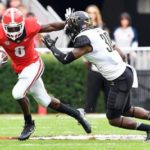 […] be in the market for a wide receiver with Antonio Brown traded to the Oakland (Vegas?) Raiders. Signing Donte Moncrief was a good, heads up signing since  he has still to hit his peak. The Steelers may want to wait […]

Moncrief’s biggest obstacle will be Tomlin. More often than not we pick up free agents and they are put at the bottom of the depth chart. Jericho Cotchery would be a great example as well as Blount and Boykin. The man has skills use him, he has size and speed and some decent hands. But Switzer may have to break a leg before we see Moncrief, that’s just how Tomlin rolls. The words is getting out that’s why players have no interest.

I think if it’s 2 yr. 5 or 6 mill deal it will be worth it, but we just signed Chickloo nothing more than a backup special teams to 2 yr 8 mill so idk. I think he’s definitely should be in running for #2 wr. And him and Washington battle it out.