Good Day to you Steelers’ Fans!

Each year we ramp up our Steelers’ Draft coverage a little more and this year will be no different. Cnic will head up out Draft Coverage which will again feature player profiles, Big Boards, mock drafts and much more. Our goal is to provide you not just with information but to also give you things that are unique and will give you something to think about. The Steelers have needs – this is nothing new – but our goal is to make sure you have everything you need as the Draft approaches!

Antonio Brown has recently become a target of TMZ Sports. They recently followed AB on a trip to the jewelry store where he purchased more GOAT rings, earrings and gold chains. The price tag was reportedly several hundred thousand dollars. This is sadly what we have become. Outlets follow athletes around to see how much they spend in the same way they follow celebrities. Pretty ridiculous in my opinion.

I’ll probably say or type this a dozen times over the next few months but here goes… The Steelers will meet with dozens of not hundreds of young men entering the Draft. Do not assume anything. This is all part of the evaluation process so please don’t take the bait and assume that every guy they speak with is going to be drafted.

Former Steelers’ wideout Markus Wheaton is apparently set to retire. His biggest game cam in a shootout up in Seattle several years ago. The former third round selection always seems to be close but could never get all the way to where he needed to be as a player and injuries certainly had something to do with that.

Bruce Arians was at it again and I don’t think he’s wrong… In an interview with a Phoenix radio station Arians said that “Assholes usually run in the wide receiver room.” This was another shot across the bow of Antonio Brown but Arians has a point. He referenced the term ‘diva’ a week ago when asked about Brown and if you know football at all then you know the one place you’re most likely to find one is among the wide receivers. Is what it is. 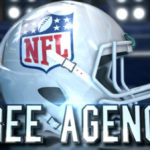 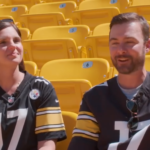 Looking at the Best Selections in Steelers’...

I was looking at the possible departures this off season and it could be bad. Someone is going to offer Hilton more than the league min. Darius H. Bey could be gone, Sensabaugh is probably gone, maybe J. James, M. Gilbert. R. Foster. I’m not saying the sky is falling but we are going to see a different roster next year. Hopefully no more B.S. about how complicated our system is that it takes years to learn.

My way too early mock 1,Parris Campbell WR, OSU 2, Julian Love CB N.D. 3, Afrenee Jenning OLB ALA 4, Micheal Jordan C-G OSU 5, Mike Bell s Fresno St. 6, Dylan Mack NT T-AM 7, John Baron K SDSU . There’s nothing else to do, and i know Parris has hand issues but i think Julian love is the best pure CB in this draft . I looked hard for an upgrade at ILB there wasn’t on to be found.