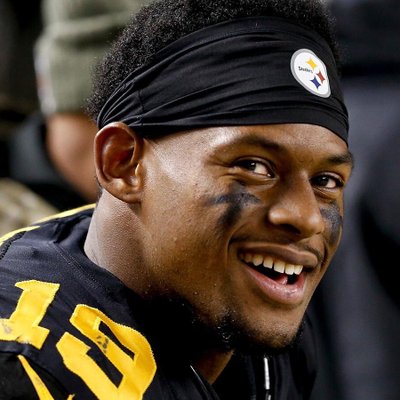 The drama surrounding our Pittsburgh Steelers continues to fester itself within mainstream media across the world. Evidently, this news rears it’s ugly head all around the locker room, but JuJu Smith-Schuster says enough is enough.

The aforementioned wideout has solidified himself as a fan favourite in the Burgh and rightly so. For me, he’s been one of the few continuously positive aspects of this team. His commitment and talent are simply unquestionable, as evidenced by his statistics. Through two years for the Steelers, Smith-Schuster has contributed 2343 yards and 14 touchdowns on just 169 receptions. Furthermore, his exquisite sophomore year saw him elected to the Pro Bowl roster, as his stock continues to rise.

His contributions on the field provides him with status off of it, thus he used his platform to detail how the Steelers can become successful once again.

“Let’s Stop All The Bullshit”

JuJu appeared on the Rapsheet & Friends podcast earlier today, detailing the best plan to help the Steelers. He said: “In my dream world, I would have Le’Veon Bell at running back with James Conner,” Smith-Schuster said. “I’d have AB stay on the other side. We’d win the Super Bowl with the guys that we have, the guys that we keep. Obviously it’s tough, situations like that you can’t control — Art Rooney and Mike Tomlin with that situation. For me, it’s moreso like let’s keep the guys on the team and win the Super Bowl. Let’s stop all the bulls–t.” Honestly, he’s not wrong. Keeping hold of guys like Le’Veon Bell and Antonio Brown would work wonders for the Steelers on the field, we know that much. Moreover, if the team, as a unit, can cut out the controversy among the ranks, this team truly can go all the way.

He then appeared on ESPN’s show ‘Undisputed’.

"We should have guys like @LeVeonBell on the team, what's going on with @AB84 — everybody just ain't focused on the No. 1 goal, and it's to win a Super Bowl. … We have all the pieces to the puzzle." — JuJu Smith-Schuster (@TeamJuJu) pic.twitter.com/3YE6cwkNb0

Whilst on the show, he spoke of his enthusiasm regarding the team. “I think we had all the pieces in line. A Hall of Fame quarterback, a great head coach and a top defense. I think that if we all just focus on the main goal and everybody wants to win a ring, then I think it’s possible.”

As aforementioned, this is living in an idealists world. The team is as talented as any in the NFL, however this has always been the case. It’s evident that the superstar status of some talents have inevitably forced the franchise to fall upon it’s own sword. That said, JuJu is clearly a validated member of the Steelers locker room. Therefore, I truly believe he can help turn the attitude around amongst the roster, whether that be with or without AB and Bell.

I for one certainly wish the Steelers forcefully implemented JuJu’s demeanour towards the team and the game we all love. Yet somehow I can’t see that happening any time soon.

SCB Steelers Quick Hitters: The “So He Does Exist” Edition

[…] Good stuff from Greg here on JuJu’s comments about getting the Steelers right. […]