Good day to you Steelers’ Fans. As I sit down to write this morning it is currently -10 with a wind chill of -47.

I’m very excited to tell you that Steelers’ Super Fan Rick Holman is on his way to Atlanta! Rick joined us on the SCB Steelers Podcast last week to tell us how all of this went down. He has made the final three and will find out if he is selected as the fan to enter the Ford Fan Hall of Fame this weekend. Best of luck to Rick!

NFL Commissioner Roger Goodell will come out of hiding today and give his ‘State of the Game’ address which he does each year at the Super Bowl. Let’s just say I don’t think this one will be as well-scripted as his past ones have been.

I felt compelled to sit down and write this last night. It wasn’t easy because I like to think better of our team. But as you know, honesty is policy number one around here.

Tweet of the Day… Ian is all-in on his coverage of the NCAA Tournament. Trust me, he’s one of the best around at picking the field for the tournament each year.

Word has it that Mean Joe Greene will be featured in a Super Bowl commercial with Rams’ superstar and former Pitt player Aaron Donald. I’m going to assume it’s a take on the classic Coca-Cola spot from the 1970’s but I could be wrong.

There’s some info floating around about how the Steelers have denied Antonio Brown and his agent Drew Rosenhaus permission to seek trades with other teams. Based on everything I’ve been told those discussions have not occurred yet. I can tell you that Rosenhaus has had contact with the Steelers but as we all know Brown has yet to speak with anyone since he walked out of Heinz Field at halftime of the season finale. As I’ve said, when the combine rolls around we can expect things to heat up if that’s the direction this mess is going to go.

We were not at all surprised yesterday to learn that Keith Butler would take over as Outside Linebackers Coach. We’ve been talking about it on the Podcast for a month now. What I’d be cautious of is stating that newly brought in Teryl Austin will become the Defensive Coordinator. I’m not saying that won’t happen but don’t rule out the possibility of secondary coach Tom Bradley being involved with that role. Butler is an excellent position coach and I have no problem with him taking this on.

Have an outstanding day Steeler Nation! 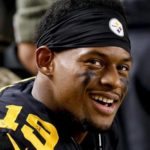