What Does William Gay Back in Pittsburgh Mean? 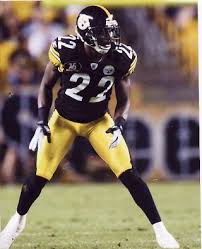 Former Pittsburgh Steelers cornerback William Gay is going to sign a deal with the Steelers when free agency opens up next week according to the Pittsburgh Post-Gazette. Gay played in Arizona last year after signing a two-year deal with the Cards this time last year. He was released by them just this past week.

Speculation ramped up immediately after Gay tweeted that he was “glad he didn’t sell his condo in Pittsburgh” which obviously led many to the seemingly correct idea that the Steelers were indeed bringing him back.

I’m on record more than a few times in saying that I’m not a big fan of William Gay’s coverage skills and that probably won’t change but there are a couple of positives at least for now.

First, if the Steelers can get him back at a reasonably low price then that’s a positive. Secondly, he’s a guy that will instantly know the system and lastly, he’ll provide depth at an area where depth is sorely needed.

Here’s my concern… Is this a move that means the Steelers don’t think they’ll be able to re-sign cornerback Keenan Lewis? If it is, this defense just went from decent to average very quickly. This would more than likely mean Ike Taylor on one side and either Cortez Allen or Gay on the other. This secondary is significantly better with Lewis than either of those two.

One of the areas that I really like Gay in is when he is the nickel and defensive coordinator Dick LeBeau brings him off the edge. He is an excellent blitzer who doesn’t always get to the passer but typically creates problems.

If Gay is being brought back strictly for that role at a low price then I can live with this move. If he is being brought in to replace Lewis then Ben Roethlisberger and company better plan on scoring 30 points per game.

Gay is not a great man cover guy. He tackles well which is vital for corners in LeBeau’s “soft coverage” defense, but Gay is a person that Patriots’ tight end Rob Gronkowski abused at will as have other lesser tight ends and slot receivers.

If Gay does indeed re-sign with the Steelers when free agency opens, I’ll be watching the tea leaves carefully coming out of the Steelers’ front office.

Steelers Going With Allen Over Lewis at Corner

The Debate Begins on Who Returns for...

Touche’. My point is that Gay is not a great cover guy. Also, you’ll find Gronk more often abuses LBs and safeties than nickels.

Correct. Bigger, physical and just as fast as Gay.

I beg to differ that Lewis is better then taylor or Allen.

Thanks for reading Jay. I don’t know that I said Lewis was better than Allen and I damn sure know he isn’t better than Taylor. Obviously if Lewis gets offered the moon and stars then he isn’t worth keeping around simply because Allen close enough to him. My concern with Allen is simply his lack of experience. With that said, I’m totally fine with him there rather than having to pay Lewis a boatload of cash. Plus Allen creates turnovers.