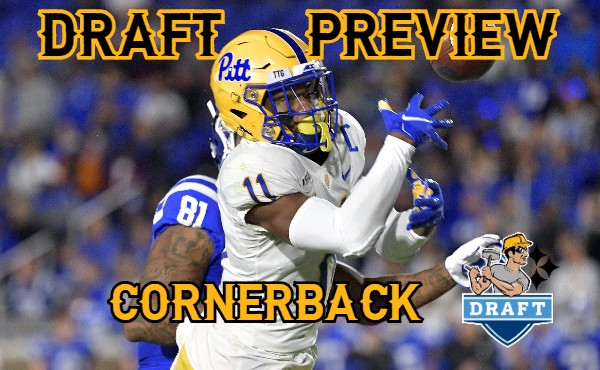 The 2020 NFL Draft is now less than a two weeks away. This year’s Draft will be like nothing we have ever experienced. Due to precautionary measures around the global pandemic of the coronavirus, the NFL will hold a virtual draft. Teams are not permitted to have their brass congregate in war rooms and most of the footage will be done through video and teleconferencing. The 2020 Draft was supposed to be a giant display of showmanship in Las Vegas, but instead will look like a high-end production of your beer league fantasy draft. As we have done the last few years, in the weeks leading up to the Draft we will be taking a position-by-position look at the Steelers roster and where their biggest needs lie in the Draft. After looking at the offense, we turn to the defense which had a re-emergence last year as one of the best units in the league. The Steelers signed Steven Nelson last year and he provided an anchor opposite Joe Haden in the secondary, something the Steelers haven’t had for over a decade.

Steven Nelson and Joe Haden are two lockdown corners. Before they restructured their contracts to help create more cap space, they were both among the 15 highest paid corners in the league. Even with the departure of Artie Burns, the top five spots on the depth chart are locked in. Mike Hilton will be the starting slot corner. Cam Sutton has proven he can move all around the defense, playing snaps as a slot corner, a boundary corner, and as a deep safety last year. Sutton isn’t the most physical player, which can be detrimental against the run, but he is a capable cover corner. Last year’s third round pick Justin Layne didn’t see the field much during the regular season, but with another training camp and preseason under his belt should be able to fill the fifth spot on the depth chart.

A few weeks ago we looked at where elite corners can be found. Of the 23 corners who were elected to either an All-Pro or Pro Bowl team in the last four years, 17 were selected in the Top 40 of the Draft. Casey Hayward (62nd overall) was the only other second round pick. After that there were two fifth round picks (Richard Sherman and Desmond King) and three were Undrafted Free Agents (Chris Harris, AJ Bouye, and Malcolm Butler). Those 23 players accounted for 39 elections to All-Pro/Pro Bowl teams over the last four seasons. Two-thirds of those 39 selections were players who were either on a fifth year option or second contract with their original team or were no longer playing for the team that drafted them. This means that the best place to find elite corners is either in the Top 40 of the Draft or in free agency. Given that the Steelers don’t have a pick in the Top 40 of this draft and already have two lock-down corners, the historical value simply is not there for them to spend one of their six picks on a cornerback.

There is unanimous consensus that Ohio State’s Jeff Okudah is the top corner in the draft. He will likely go in the Top 5 picks, possibly as high as 3rd. Behind Okudah, there is not a strong agreement on the next best corner and there may not be another taken in the first round. The group of LSU’s Kristian Fulton, Clemson’s AJ Terrell, Florida’s CJ Henderson, and Alabama’s Trevon Diggs all have positives and negatives to their games. Utah’s Jaylon Johnson has the most hype of the mid-round corners and don’t sleep on Mississippi State’s Cam Dantzler. For local prospects, Pitt’s Dane Jackson who played high school football at Quaker Valley is projected as a mid-to-late round pick. 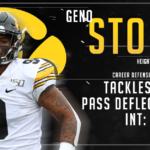 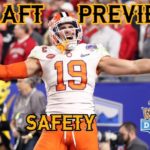