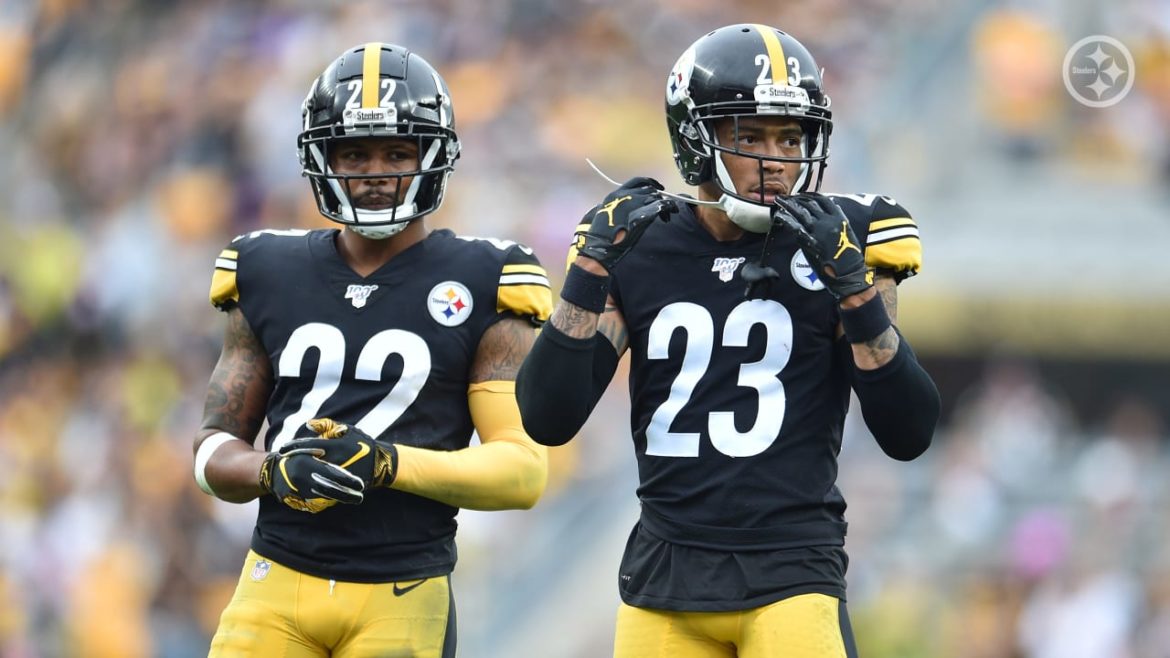 In 2016, the Steelers spent a first round pick on cornerback Artie Burns. This marked the first time the Steelers had used their top pick on a cornerback since drafting Maryland’s Chad Scott in 1997. Burns had a decent rookie season, earning a starting role at the midpoint of the year and finishing with 3 interceptions and 13 passes defended. He had a decent sophomore campaign with 13 passes defended and 1 interception in 16 starts. In 2017 the Steelers also bolstered their secondary by bringing in Joe Haden after he was released by the Browns.

Unfortunately, Burns’ play fell off in 2018 and he was benched in favor of Coty Sensabaugh after numerous penalties and blown coverages. Burns finished 2018 with no interceptions and just 1 pass defended. He was primarily a special teamer in 2019, starting just one game. Prior to the 2019 season, the Steelers declined to pick up Burns’ fifth year option, which makes him a pending free agent in 2020. The Steelers went out on the free agent market and signed Steven Nelson, who had a fantastic season opposite Joe Haden. In free agency, Burns signed in Chicago for a 1-year veteran minimum deal.

Moving forward, Haden and Nelson will be the primary corners. Traditionally, the Steelers have believed in drafting and developing their prospects. For the near future, a key position on the defense will be anchored by two players acquired via free agency. Haden and Nelson are arguably one of the best cornerback tandems in the league, but the Steelers are also paying market rate for their caliber of player. In 2020, Haden will count $12.6 million against the cap and Nelson will count $10.75 million. These are both in the Top 20 of cornerback contracts league-wide for 2020.

Is Finding Cornerbacks in Free Agency a Viable Strategy?

Since 2016 there have been 14 cornerbacks taken in the first round of the draft, an average of 3.5 per year. Three of these players have been named first-team All Pros: Jalen Ramsey, Tre’Davius White, and Marlon Humphrey. In 2016 the AP added a “Defensive Back” category in addition to the regular “Cornerback” and “Safety” categories. Humphrey was an All Pro in 2019 as a “Defensive Back” not one of the top two cornerbacks. In addition to those three players, first round picks Marshon Lattimore and Denzel Ward were named to the Pro Bowl in the last five years.

Analysis of All Pro and Pro Bowl Corners

In the last 4 years there have been 39 elections of cornerbacks to either the All Pro (first or second) Team, Pro Bowl roster, or added to the Pro Bowl as an alternate. Only three players (Desmond King in 2018, Malcolm Butler in 2016, and Dominique Rodgers-Cromartie in 2016 were named as first or second team All Pro but not elected to the Pro Bowl. Of those 39 players, one-third (13) were not playing for their original team at the time of selection.  Additionally, another third (13) players were either on a 5th year option or second contract with their original team. This means that two-thirds of the CBs who have been an All-Pro or Pro Bowler in the last four years were not on their rookie contracts. 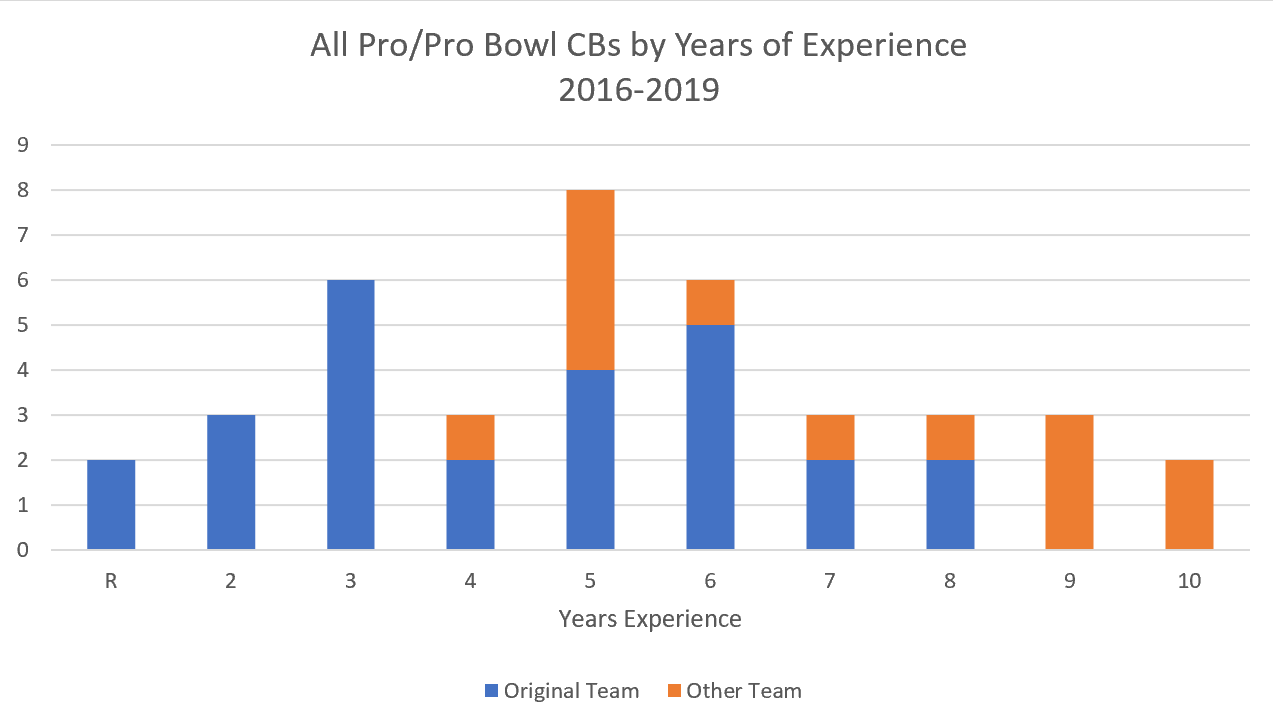 In total, 23 players were elected to these 39 spots. Of those 23 players, 14 were drafted in the first round (60%). Three of the four players drafted in the second round were taken prior to the 40th overall pick. Casey Hayward (62nd overall in 2012) was the only outlier. This means that 17 of the 23 All Pro/Pro Bowlers from the last 4 years were picked in the Top 40 of the draft. In addition to Hayward, there were two 5th rounders (Richard Sherman and Desmond King) and three Undrafted Free Agents (Chris Harris, AJ Bouye, and Malcolm Butler). Considering the extremely low hit rate on cornerbacks taken outside the Top 40, there is a case to be made against drafting Cornerbacks later in the draft.

Elite corners are hard to come by in today’s NFL. With the proliferation of passing game, finding cornerbacks capable of matching up with different types of receivers can be a challenge. For instance, Joe Haden has always been better against taller and more physical receivers (like AJ Green) but struggled against smaller faster types (like Antonio Brown). Only about a third (5 of 14) corners drafted in the first round since 2016 have made the All-Pro/Pro Bowl rosters. Given this uncertainty, there is credence to the notion it is better to sign an established corner in free agency than it is to risk a draft pick on one. That said, if a team is going to draft a corner, they are much better off using a Top 40 selection than any other spot in the draft.

Given that the Steelers do not have a Top 40 pick this year, because of the trade for All Pro safety Minkah Fitzpatrick, the historical data does not favor spending a mid or late-round pick on a cornerback. In fact, over the last four years the same number of UDFA corners made the All-Pro/Pro Bowl teams (Harris, Bouye, Butler) as did corners drafted after the 40th overall pick (Hayward, Sherman, King).  Additionally, given that 25 of the 39 All-Pro/Pro Bowl selections were of players who had at least 4 years of experience, there is also a case that teams are better off targeting established corners rather than risking a draft pick. The Steelers shifted their philosophy in this matter over the last few years from “draft and develop” to “sign established veterans.” The strategy shift has paid off with two anchors on the outside in Joe Haden and Steven Nelson. 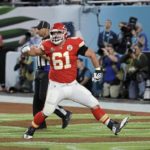 Stefen Wisniewski Excited to be a Part of Pittsburgh Steelers

[…] few weeks ago we looked at where elite corners can be found. Of the 23 corners who were elected to either an All-Pro or Pro Bowl team in the last four years, […]