First let me apologize for not getting out a podcast and QH Thursday and Friday of last week. After 10 years my laptop finally proved to me it had enough. Hopefully this new one will get the job done. That aside, President Donald Trump held a conference call with the leaders of most of our nation’s professional sports leagues a few days ago. The one that you care about, the National Football League, is going to start on time according to the President. I’m not going to make this political but the President has not exactly been “spot on” with his timeline predictions since the start of this pandemic. I hope like all of you that he’s right and that the season will start on time. I for one, am in no position to say one way or another. I know what I see and what I read and what I hear regarding this coronavirus so do I have concerns? Yes I do but I can tell ya this; we need football back and as on schedule as possible.

As the Draft nears I always get to a point where I wonder if Kevin Colbert and company aren’t getting ready to throw a curveball. Certainly this year is a bit different with the lack of a first round selection but what exactly would qualify as a “curveball” selection? Could they possibly be looking at left tackle? What about cornerback or safety? The largest potential curveball here is clearly at QB. Colbert has repeatedly said they are happy with what they have but let’s be honest; if a guy with a high grade falls to them I can see the trigger being pulled. As always, we’ll just have to wait and see.

Tweet of the Day… In case you missed this gem from Pittsburgh Dad.

Our friends at @vault_recording have gathered Pittsburghers to deliver a message to our frontline workers. From @Pittsburgh_Dad, Mayor @billpeduto, @JoeManganiello, @_BigBen7, & @TeamJuJu & many more in our community, thank you. #StayHomePGH & help protect all of #Pittsburgh. pic.twitter.com/GGXnV7xAdY

One of the highlights of our NFL Offseason each year is the release of the NFL schedule. We’ve known the opponents for quite some time but the actual release of the schedule is always exciting. We get to see what primetime games the Steelers have, when they play divisional opponents and if we are lucky, what game are we going to see. The schedule will be released on May 9th which is a bit later than usual but that’s OK. I’ll take any NFL when I can get it.

Donnie Shell announces this week that his daughter will be introducing him when he’s inducted into the Pro Football Hall of Fame. We are awaiting word on Troy Polamalu and Bill Cowher (as far as I know). These are always important for the inductee and is fans as well.

Have a great week Steeler Nation and be well! 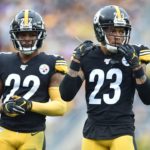 The Case Against the Steelers Drafting Cornerbacks