The National Football League announced their All-Decade Team for the 2010’s yesterday and for the first time since the 1960’s the Pittsburgh Steelers did not have a player selected on the defensive side of the ball. Offensively, the Steelers saw Maurkice Pouncey and Antonio Brown selected. Both are extremely deserving of their selections. The idea however that the Steelers, an organization known for its defensive tradition, didn’t get a player selected is a sign of how much things changed in the Steel City. When the Steelers went to Super Bowl XLV at the beginning of the decade, the defense was already showing signs of decline. You can look at all of the stats you want to but you’ll never convince me that the D wasn’t starting to slow down whether due to age, injury or a combination of both. The offense however already featured Ben Roethlisberger, AB, Mike Wallace, Emmanuel Sanders and Heath Miller. Clearly the shift to a more offensive-based team was in full effect. That would become a theme for much of the decade; probably up until last season to be honest. The game changes as times change. I was sad to see their streak on defense end but I feel confident they are starting the next decade off well.

Adam Schefter of ESPN said this morning that the Steelers will NOT be on “Hard Knocks” this coming season. Rather, they are expecting to have a combination of the Rams and Chargers. To say I am relieved about this is an understatement.

Real ones know and appreciate this show. I LOVED this show as a kid https://t.co/UnpB1GQX7d

With much of sports’ broadcasting being replays of older games during our ‘coronacation,’ the Steelers’ Super Bowl XLV loss to Green Bay eventually made its way into our homes. That of course means a segment of Steeler Nation gets another chance to slam Rashard Mendenhall. The former first round pick fumbled as the Steelers drove for what could have been a game-winning score and many never let Mendenhall forget it. I am the type who believes that no one play ever decides a game. While Mendenhall’s turnover came at the worst possible time, let us not forget that Big Ben threw a pick-six and the defense was shredded by Aaron Rodgers. Perhaps most of the hate Mendenhall receives is more due to his strange comments about the killing of Osama bin Laden and that I do understand. I’m not defending Mendenhall, but perspective is needed. Go back and watch the blocking on that play too. Yeesh. 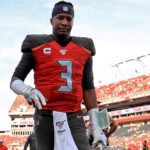