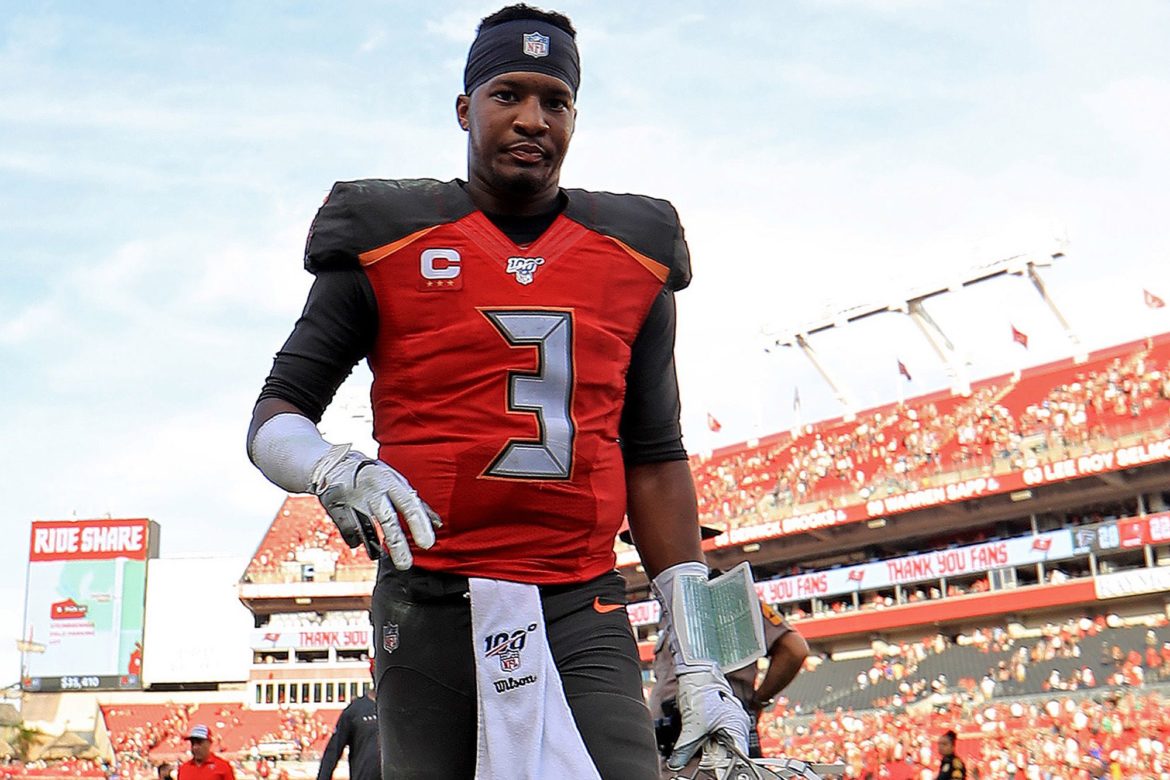 No fan base loves to sign free agents like Steeler Nation. If a player with even a shred of talent becomes available… “The Stillers need to sign this guy!!” So as Jameis Winston remains a free agent the talking heads in Pittsburgh and those at certain major sports networks continue to push the “Winston to the Steelers” narrative.

Few in Pittsburgh can stir the social media pot like Andrew Fillpponi who is widely known for being wrong so often that it has become the expectation. His tweet reignited the “Winston to the Steelers” talk this week.

Bill Cowher thinks Jameis and the Steelers would be a great fit. But what does he know? He’s he only the most knowledgeable national sports media personality on the people involved: the Rooneys, Ben Roethlisberger, and Bruce Arians.

Hey, I like Bill Cowher a lot, but do we really want to use him as our “Quarterback evaluator?” Let us not forget this is the head coach who didn’t want to draft Ben Roethlisberger. He’s also the guy who went with Kent Graham, Jim Miller and believed Kordell Stewart was a franchise QB.

Apparently these folks that so desperately want Winston in Pittsburgh believe that he’s going to play for a minimum deal and a wagon full of crab legs. The Steelers have somewhere in the neighborhood of $10 million in salary cap space right now. Some of that will go towards draft picks and undrafted rookie free agents and some will be held in reserve for “emergency” purposes.

As an example, you’ll recall when Maurkice Pouncey went down in the first game of the 2013 season, they went out and grabbed Fernando Velasco who started 11 games that season. So when you look at what Winston would ask for, even if it’s less than expected, it’s still pushing the Steelers too far in terms of the cap.

Winston is coming off a season in which he threw 33 touchdowns and 30 interceptions. One of his wideouts, Chris Godwin, said recently, “Not all of those picks were his fault.” I totally agree with Godwin about that but in the same breath we can say “not every TD pass was because Winston threw it so perfectly.” My point is this; the risk-reward for Winston is much too great right now especially for a backup.

But let’s take it a step further. Steelers’ GM Kevin Colbert has already said (numerous times) that he is sticking with the current stable of quarterbacks behind Ben Roethlisberger. Mason Rudolph, Duck Hodges and for now, Paxton Lynch will be in Camp. ‘Wait! Winston is way better than any of those three!’ Yes he certainly is but I already mentioned the financials… But don’t forget that Winston would also have to learn an entirely new offense whereas Rudolph has been in the same system for two straight years heading into a third.

On the field, Winston likes to push the ball down-field and throw deep often. The same could be said for Big Ben but he’s adapted through Todd Haley’s offense and now Randy Fichtner’s as well. It’s much more about pre-snap reads and getting the ball out quickly. Winston often struggles too in this area and many of his turnovers are a result.

Colbert had his hands full in 2019 as factions supporting Rudy and those supporting Duck clashed often on social media, the blogs and the papers. Can you imagine what it would look like if Big Ben struggles early and Winston is on the bench? You would again have another ugly situation. As most of you know the most popular guy on the team is often the backup quarterback.

Let us also factor in the defense here. You could argue that having a terrific defense like the Steelers have allows QBs to make more mistakes. The defense could bail them out more often than not. The flip-side is that when you have a defense like this you want to take care of the ball even more on offense. Establish the running game and use an effective and efficient passing game. I don’t see Winston being a guy to maintain that.

If Winston does end up on the Steelers’ roster prior to the season beginning then I’ll have no problem saying “I was wrong.” Doing this as long as I have it wouldn’t be the first time and it sure as heck won’t be the last. I just see too many negatives here to really consider Winston. If something should go wrong with Roethlisberger’s rehab and he isn’t ready for the season or can’t play altogether then yes, Winston potentially becomes an option. But for now, I’m passing on Winston and the Steelers should too.

SCB Steelers Podcast 169 – Looking Ahead to the Draft

Who are you? No name on the column.

This guy checks every box that is non-Steeler, If there’s someone who comes close to A B at being out there he’s your man.

[…] as a backup. Despite what one Pittsburgh media member trolling for clicks says, the Steelers won’t be signing Jameis Winston. They were forced into playing Devlin “Duck” Hodges last year and signed both Paxton […]