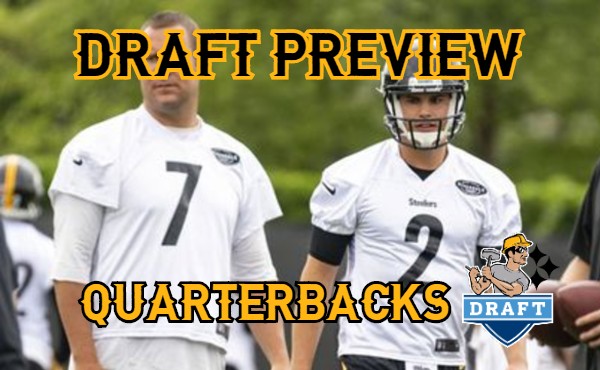 The 2020 NFL Draft is now less than a two weeks away. This year’s Draft will be like nothing we have ever experienced. Due to precautionary measures around the global pandemic of the coronavirus, the NFL will hold a virtual draft. Teams are not permitted to have their brass congregate in war rooms and most of the footage will be done through video and teleconferencing. The 2020 Draft was supposed to be a giant display of showmanship in Las Vegas, but instead will look like a high-end production of your beer league fantasy draft. As we have done the last few years, in the weeks leading up to the Draft we will be taking a position-by-position look at the Steelers roster and where their biggest needs lie in the Draft. We start by taking a look at the offense, which was statistically one of the worst in the league last year. Ben Roethlisberger’s injury had a massive impact on the offensive production and quarterback position, but all signs point to him being back for 2020.

Despite the constant barrage of media talking heads discussing the Steelers quarterback situation, there is not much need here. Ben Roethlisberger will be back in 2020 and the Steelers showed their confidence in that fact by restructuring Ben’s contract to push more of the cap hit out to next season. Kevin Colbert indicated that the team is comfortable with Mason Rudolph as a backup. Despite what one Pittsburgh media member trolling for clicks says, the Steelers won’t be signing Jameis Winston. They were forced into playing Devlin “Duck” Hodges last year and signed both Paxton Lynch and JT Barrett to the practice squad. The team is currently carrying five quarterbacks and there will likely be a camp competition for the third spot on the depth chart.

Given that Ben Roethlisberger is under a high cap hit contract for two more seasons and Mason Rudolph is still on his rookie deal, it is highly unlikely the Steelers will draft a quarterback. There is a minimal need to add another quarterback to the depth chart where they will have to sit for at least two years behind Ben. That said, if one of the top players somehow drops into the middle of the second round, it may be a situation where the value is too high to pass up.

There are two tiers among the top QBs in this draft. The top tier of Joe Burrow (LSU), Tua Tagovailoa (Alabama), and Justin Herbert (Oregon). All three of those will likely go in the first round and possibly in the Top 10. After those three, Oklahoma’s Jalen Hurts and Utah State’s Jordan Love are considered the next best prospects, but there are concerning aspects to both of their games. Georgia’s Jake Fromm and Washington’s Jacob Eason will beoth probably be drafted in the second day but both are developmental prospects at best.