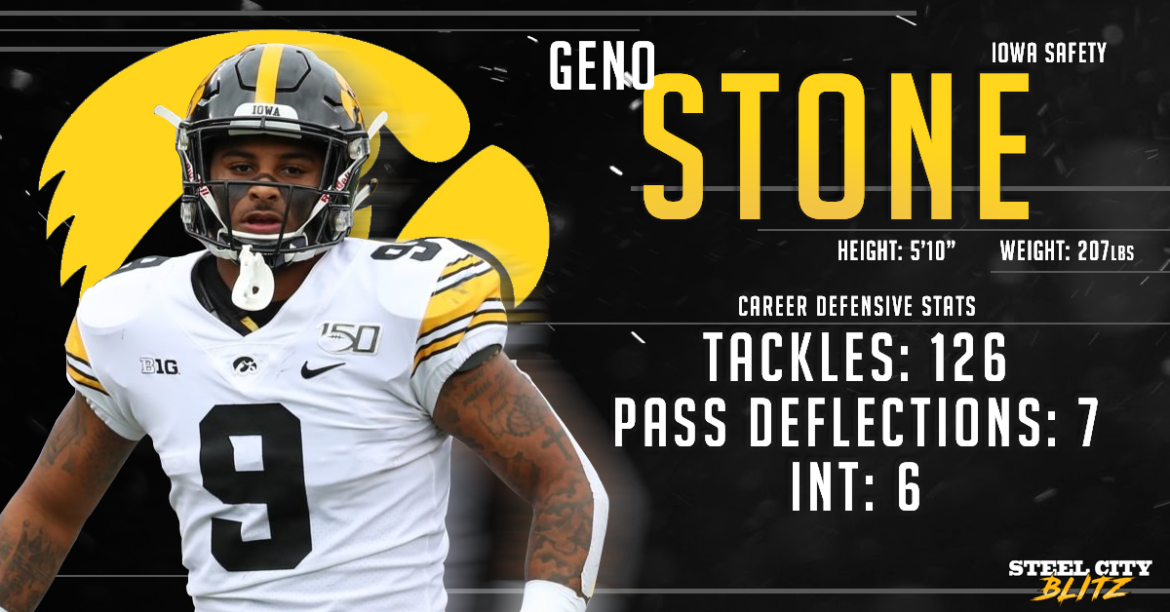 Due to concerns around the coronavirus outbreak, nearly all of the college pro days were cancelled this season. With the limited amount of in-person scouting available this draft season, teams will have to fall back on players they already know and coaches they trust for reliable information. Today we look at Geno Stone, a prospect who grew up in the Steelers back yard and helped lead his New Castle High School team to the WPIAL final at Heinz Field. Stone is a strong safety out of Iowa who is entering the draft after his true junior season.

Geno Stone is a local prospect from New Castle High School. As a senior, Stone played quarterback and defensive back and formed a tandem with Marcus Hooker (younger brother of the Colts’ Malik Hooker) to carry the Red Hurricanes to the WPIAL final. Stone earned an all-State designation his senior year. While both players were recruited as defensive backs, Marcus Hooker followed in his older brother’s footsteps and went to Ohio State while Geno Stone went to Iowa (after initially committing to Kent State). Stone has a nose for the ball, recording 17 interceptions in high school (including 10 as a senior) and 6 during his 3 years at Iowa. He did not miss a game in all 3 seasons, contributing on Special Teams and Defense, starting the last 21 games (13 as a junior and 8 as a sophomore).

Stone is at his best when he can attack the play in front of him. He played in a lot of 2-deep safety looks at Iowa and when he was able to come downhill and attack the ball, Stone was an absolute hammer. He knocks ballcarriers backwards and is not afraid to stick his nose and shoulder in. His physicality led to a handful of forced fumbles last season. Stone does a good job reading the quarterback’s eyes and following them to the ball. He displays good body control and can keep himself upright as he works through traffic to get to the ball.

Stone is not overly athletic and does not have great long speed to run with faster players down the field.  Despite being a hammer when he delivers a hit, Stone is not a great tackler. He leads with his shoulder (which is good) but does not wrap with his arms. At times, he can either bounce off bigger players or not get them on the ground with the initial hit. As such, he was involved in a lot of gang tackles and did not bring a lot of guys down on his own. His lack of size can also lead to him getting out-jumped on deeper passes.

Stone is a strong safety prospect who can lower the boom when he attacks the ball downhill. His tendency to shoulder tackle and not wrap with his arms is a bit concerning. He will likely be a Day 3 draft pick though could sneak into the end of the 3rd round. His physical play should earn him a spot on special teams initially. At just 5’10” he does not have a large frame to add mass too, so his future is likely still as a strong safety and he is not a candidate for a conversion into a hybrid linebacking role. He has a good eye for the game and for how routes develop, and is at his best when he can attack in a straight line. Stone understands the angles of the game, especially how to attack runs to the sideline from the safety position. 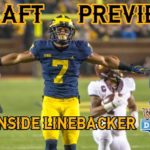 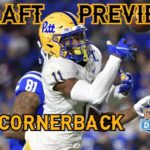