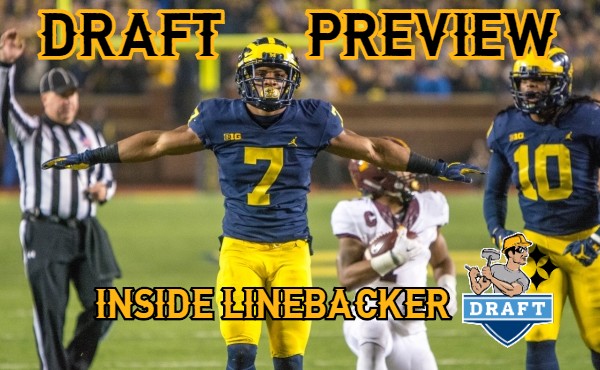 The 2020 NFL Draft is now less than a two weeks away. This year’s Draft will be like nothing we have ever experienced. Due to precautionary measures around the global pandemic of the coronavirus, the NFL will hold a virtual draft. Teams are not permitted to have their brass congregate in war rooms and most of the footage will be done through video and teleconferencing. The 2020 Draft was supposed to be a giant display of showmanship in Las Vegas, but instead will look like a high-end production of your beer league fantasy draft. As we have done the last few years, in the weeks leading up to the Draft we will be taking a position-by-position look at the Steelers roster and where their biggest needs lie in the Draft. After looking at the offense, we turn to the defense which had a re-emergence last year as one of the best units in the league. Last year the Steelers made a massive trade up in the draft to acquire Devin Bush with the 10th overall pick to anchor the inside

Last offseason the Steelers signed Mark Barron then drafted Devin Bush. While Bush went through some growing pains as a rookie, he was clearly better than Mark Barron who always seemed to be a step late either in getting to the receiver or tackling a guy just after the first down sticks. With Barron gone, Bush and Vince Williams will now be the unquestioned starters. Behind them, the depth chart is a little murkier. Sixth round pick Ulysees Gilbert flashed in the preseason then spent half of the year on injured reserve before being recalled for the closing stretch where he played primarily on special teams. Gilbert has the speed and athleticism to play in today’s NFL and just has to gain experience in the defense. Robert Spillane spent time on the practice squad then was called up to the active roster in November, but primarily played special teams as well. As with outside linebacker, the starters are set but there is a need for depth behind them. The Steelers will likely add at least two more inside linebackers over the course of the offseason to fill out the training camp roster, so it is entirely possible at least one comes by way of the draft.

The difficulty here is that the Steelers only have 6 picks in the upcoming draft. Given the number of positions where they need to acquire additional depth, they do not have enough draft picks to fill all of those holes. Given that they just invested a first round pick in the inside linebacker position last year, it is very possible that this one gets overlooked in the 2020 draft class. The team does have more pressing need for depth at other positions. One variable is if the Steelers draft a hybrid safety/linebacker type player who could play both as a deep safety or as a “strong” in-the-box type on passing downs. This would fill needs at two positions with one player.

As with previous years, the Steelers won’t have a chance at some of the top players in the draft class including Clemson’s Isaiah Simmons, LSU’s Patrick Queen, and Oklahoma’s Kenneth Murray. One intriguing name is Mississippi State’s Willie Gay Jr (no relation to former Steelers CB William Gay) who knocked it out of the park in athletic testing at the Combine. Other players who performed well from an athletic testing standpoint were Ohio State’s Malik Harrison and Michigan’s Khaleke Hudson, a local product from McKeesport High School. We will discuss this more in our preview of Safeties, but players like Clemson’s Tanner Muse or Iowa’s Geno Stone could be ideal fits for the hybrid safety/linebacker type role.