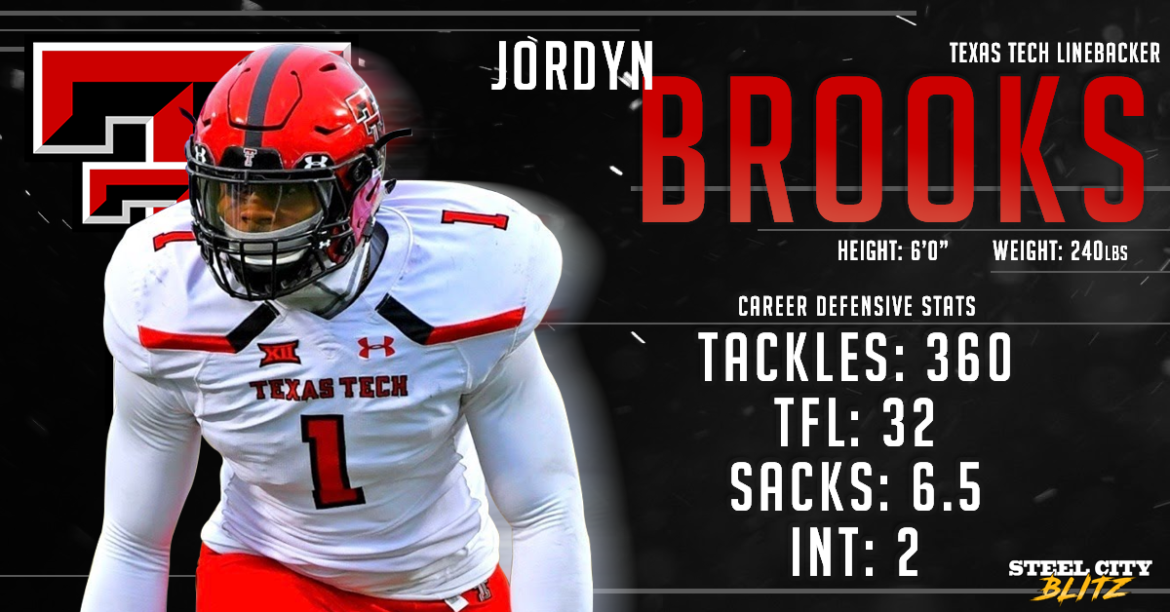 Depth. Every team in the National Football League needs it some areas more than others. The Pittsburgh Steelers need it at inside linebacker and one target could be looming from Lubbock, Texas.

Notes: Completed a rare achievement by earning All-Conference in all four years… Struggled with injuries throughout 2019 and had surgery following the season… AP Second Team All-American… Was the first Red Raider to be a Butkus Award Finalist since Zach Thomas.

Brooks has really good speed… Closes fast especially on quarterbacks… Aggressive tackler… Lays a real pop on ball carries between the tackles… Sees blockers coming and is able to get clear quickly… Built to go sideline to sideline and does so effectively… As good as he was in the Big 12, there is a lot of room for improvement which to me is a positive… Solid football IQ which I like as a LB.

Sometimes indecisive which I attribute to Big 12 style offenses… Lacks hustle when ball goes away… Can often overrun plays… Coverage skills are spotty… Gets almost too excited in zone coverage and his man to man skills are are hard to evaluate as he wasn’t asked to do it much… When OL blockers lock on, he struggles big time to get free… The better the D-Line in front of him the better he can be, the worse? I think he’ll struggle.

I come away from his tape wanting more. He was like watching a guy that you just know has more to offer and I believe he does. There are times when the motor just shuts down in situations where that’s the last thing that should happen. Steelers’ linebackers are known for hard-hitting, aggressive playing style that has a “never say die” attitude. There are so many really good things to like about Brooks but I’m just not sure how well he fits right away or at all. I see him as an immediate special teams’ player and probably a guy you can get on the field in some specialty packages but I don’t see anything more than that in year one.