The NFL Draft is now six days away and if you haven’t noticed, we’ve been firing on all cylinders to get you the Steelers Draft info you need ahead of Thursday. We have a number of “prospect profiles” and Ian is in the midst of pushing out his “Steelers Positional Previews.” I’ll be getting out my final mock draft in the coming days as well. It really has been a ‘parade’ of information and with this Draft season being so unique we’re doing our best to get you our honest tales on the players and the Steelers.

Speaking of the Draft, Wednesday night we took a look at the offensive players in this Draft that the Steelers may be interested in. We focused heavily on running backs and wide receivers but covered everything else. The Steel City Blitz Steelers Podcast is presented by DEK Roofing, Inc.

Tweet of the Day… Zach Banner has a very large dog.

Got my boy Colt a new dog bed, and he loves it!

I’m still working on finding something that will consistently work for him outside! Guys he’s a 150lbs+ dog that stretches out like an NBA Hooper! Stop sending me things that work for your little rodents! ?
I love my dog man! pic.twitter.com/uDtJoSoy1m

The NFL will go ahead and release its full schedule on May 9th. There is however a caveat that we must all understand. The NFL is already preparing for the real possibility that the season could be pushed back due to the Covid-19 virus. My understanding is that if games are cancelled, divisional games will be given precedent. That means those six games will pushed back so all teams play each divisional opponent twice as usual. Non-conference games would be the first ones pushed aside followed by interconference games. I think I speak for all of us when I say I hope it doesn’t come to this.

Video came out last night of Steelers’ QB Mason Rudolph and WR JuJu Smith-Schuster throwing in California together. Besides the fact I’m sure someone will point out they are violating social distancing I like seeing this. Do not read into this any more than what it is. I think it’s great they are working on timing and getting acclimated with each other. Good players work on their craft when no one is looking and for anyone to try and stir up some kind of controversy here is out of bounds. Shall I remind you that Ben Roethlisberger hasn’t yet been cleared for this type of throwing? I like seeing guys from my team working together.

Have a great and safe weekend Steeler Nation! 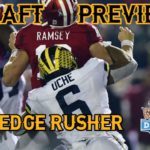 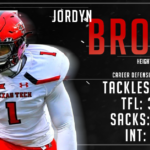