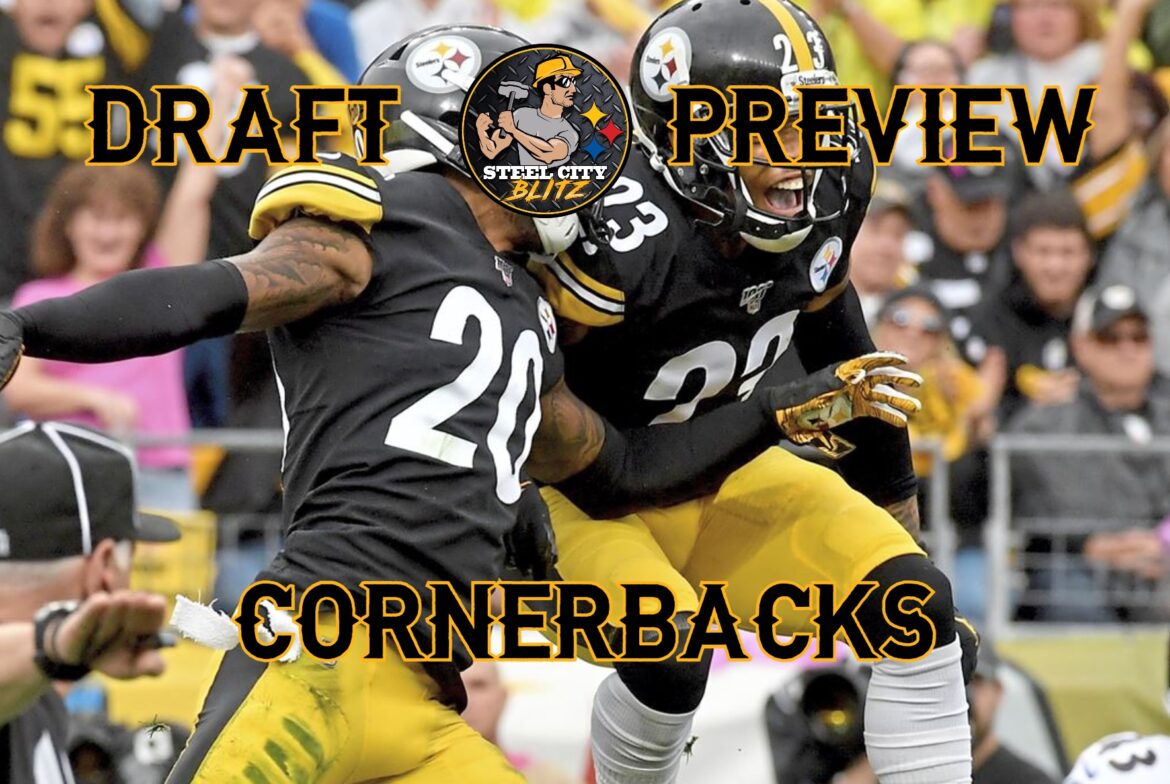 The Steelers were able to re-sign Cam Sutton but lost slot corner Mike Hilton to the Bengals in free agency. Steven Nelson was released with one year remaining on his contract after he was not able to come to a contract extension agreement but remains unsigned. With Nelson gone, Cam Sutton figures to step into the outside corner role. Sutton can also play the slot but he is not as aggressive a tackler as Hilton was, which creates a need for a third corner to be found through the draft. Joe Haden is also in the last year of his contract so there is a need to find a future starter on the outside as well. The ideal scenario would be drafting a corner that could step into the slot this year and potentially take over on the outside next year.

Cornerback has been somewhat slept on as a position the Steelers might take in the first round, but it is certainly in the mix. The Steelers won’t be in play for either of the top two corners – Alabama’s Patrick Surtain or South Carolina’s Jaycee Horn. The Steelers spent a lot of time scouting cornerback prospects throughout the draft process. Teryl Austin attended Pro Days at Virginia Tech and TCU. Defensive backs coach Grady Brown went to Pro Days at Georgia and South Carolina. In today’s NFL with the proliferation of spread offensive sets and the ability for tight ends and running backs to run routes, teams need to view the third cornerback as a starting position and need four or five corners on the roster that are capable of playing significant defensive snaps. The Steelers currently have two corners capable of playing significant snaps while Justin Layne and James Pierre have shown upside but remain unknowns. They need to address the cornerback position in the draft and it would not be a surprise to see them do it early.

While Surtain and Horn will be taken in the top 15-20 picks, Virginia Tech’s Caleb Farley could potentially fall into the mid-20s. Farley opted out of the 2020 season and had another offseason back surgery to follow up from a prior injury. Depending on how his medicals check out, he could see a draft-day tumble from the top tier of corners. The second tier of corners saw the Steelers do some significant scouting with Tomlin and Colbert attending Pro Days at Florida State (Asante Samuel Jr) and Georgia (Tyson Campbell and Eric Stokes). Additionally, the Steelers reportedly had meetings with Michigan’s Ambry Thomas, Ohio State’s Shaun Wade, UCF’s Aaron Robinson, Minnesota’s Benjamin St-Juste, and Michigan St’s Shakur Brown. The Steelers also had the opportunity to scout a number of small-school Day 3 prospects at the Senior Bowl such as Central Arkansas’ Robert Rochell, NC Central’s Bryan Mills, and San Diego St’s Darren Hall. Samuel and Campbell certainly fit the mold for Steelers corners and could hear their names called in the first round.