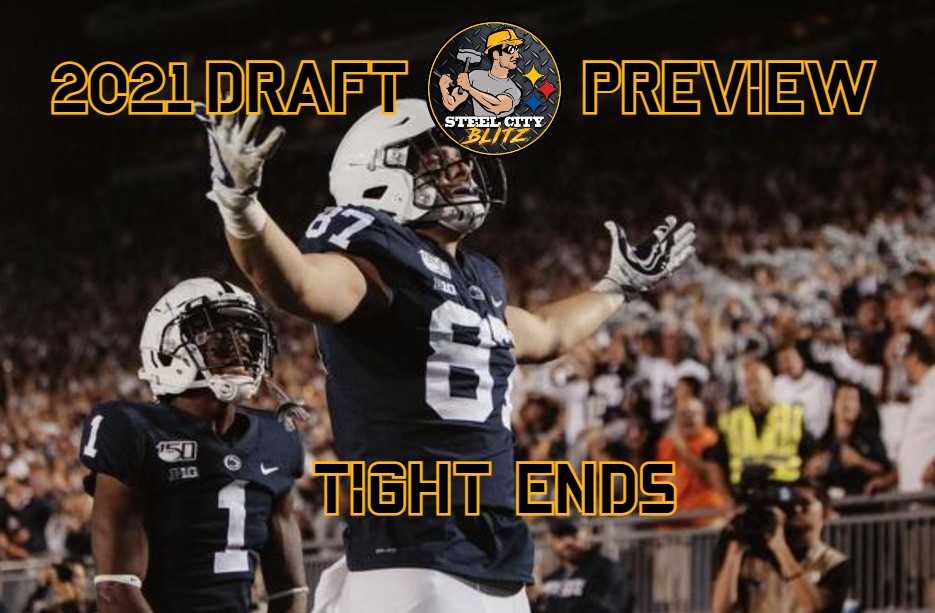 Check out our Prospect Profiles on some specific prospects in the 2021 Draft class. Our positional Draft Preview series continues today with a look at Tight Ends. Check out the previous previews:

With Vance McDonald retiring, the Steelers lost their best blocking tight end. Eric Ebron restructured his contract but has just one year left on his deal. Behind them is the immobile Zach Gentry, Kevin Rader who saw a handful of snaps last year, and some practice squad guys. The Steelers need a player who could immediately be the #2 tight end this season and step into the starter role in the future. The last time the Steelers used a pick in the first three rounds on a tight end was in 2007 when they took Matt Spaeth in the 3rd round. Ebron is a good receiving option but is significantly lacking in the blocking department.

This is not a great class for tight ends, but there is some value to be found. The Steelers put some heavy scouting into Penn State’s Pat Freiermuth, who is a well-rounded player capable of blocking and receiving. Freiermuth does not have the all-world athleticism of a guy like Kyle Pitts, but is probably the most Heath Miller-esque player in this draft class. After Freiermuth, there are players with athletic upside but they mostly lack collegiate production that can be translateable to the pros. The Steelers did send scouts to some of the Pro Days for the mid-round tight ends, but don’t sleep on Freiermuth being a “surprise” potential first round pick.

Don’t sleep on the Steelers drafting Pat Freiermuth in this draft. He looks like a borderline first round player, so if the Steelers opted to trade back from 24, he could potentially be available at the end of the first round. If the Steelers got very lucky, he could be there at 55 but that seems unlikely. After Freiermuth, players like Notre Dame’s Tommy Tremble and Georgia’s Tre McKitty both had Steelers brass in attendance at their Pro Days. Tremble and McKitty both tested very well athletically, but were lightly used in their collegiate offenses which makes their NFL production hard to project. In the later rounds, Boise State’s John Bates, Boston College’s Hunter Long, Duke’s Noah Gray, and Bowling Green’s Quintin Morris are all potential names to watch. 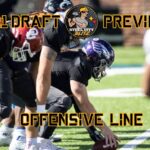