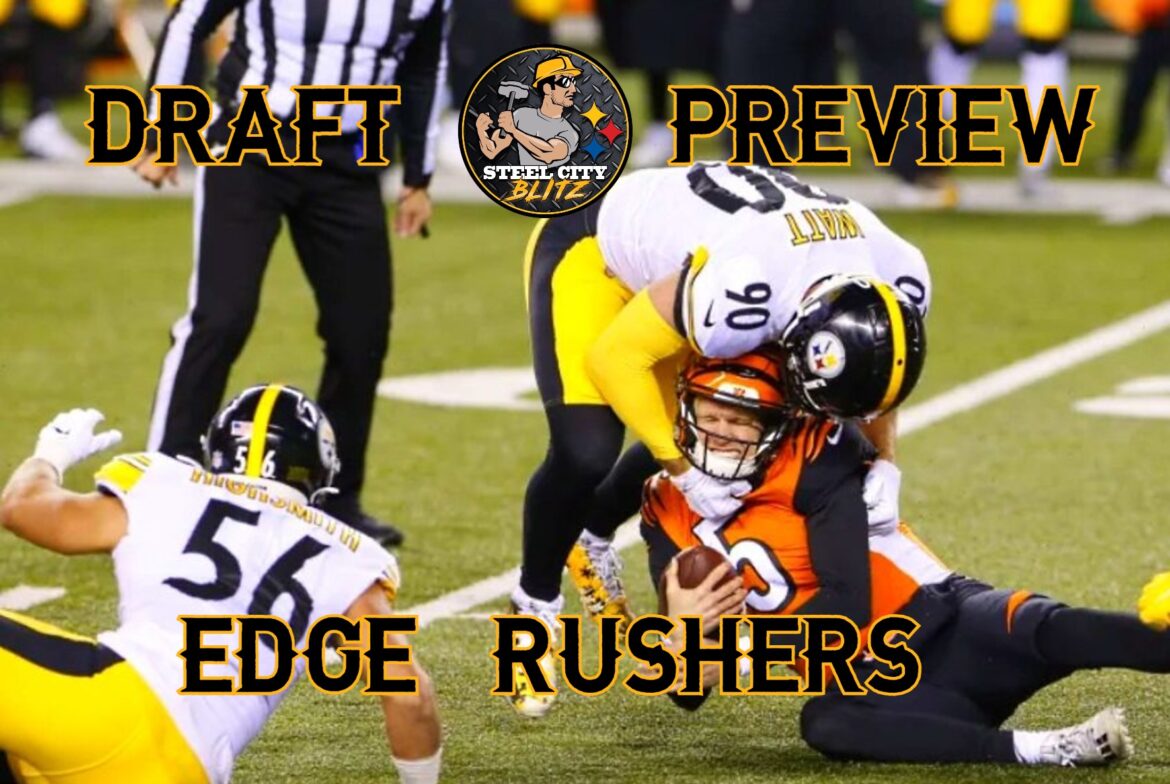 Check out our Prospect Profiles on some specific prospects in the 2021 Draft class. Our positional Draft Preview series continues today with a look at EDGE rushers where Bud Dupree cashed in during Free Agency and Alex Highsmigh is expected to take over the starting role. Check out the previous previews:

TJ Watt was a legitimate candidate for Defensive Player of the Year last season. With Bud Dupree cashing in during free agency, last year’s third round pick Alex Highsmith figures to step into the starting lineup. Highsmith started 5 games last season after Dupree was injured and performed adequately for a rookie thrust into a starting role. That said, the rotational players the Steelers had last season are largely gone (Ola Adeniyi signed in Tennessee and Jayrone Elliott remains a free agent). Cassius Marsh is back, but the depth at outside linebacker is incredibly thin and in need of additional players. If Alex Highsmith does not pan out, the Steelers may need a future starter at the position, so using a mid-round pick on an athletic but developmental linebacker is not out of the question.

Given the lack of depth on the current roster, it seems likely that the Steelers will add an EDGE rusher at some point during the draft. As the Steelers (and league as a whole) have learned over time, EDGE rusher is one position where collegiate production simply does not matter. Collegiate players that have tested through-the-roof athletically but had minimal production (like Bud Dupree) have gone on to much better NFL careers than marginal athletes that had great college production (like Jarvis Jones). When in doubt, it is much better to gamble on highly-athletic EDGE rushers, regardless of how well they played in college.