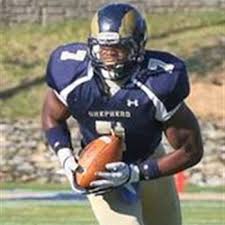 The 2008 National Football League Defensive Player of the Year was a guy named James Harrison. Perhaps you remember this individual? He wore number 92 for the Pittsburgh Steelers and was a part of two Super Bowl Championships? Does he ring a bell?

Actually, he rang lots of bells in his days as a Steeler but he was also an undrafted rookie free agent out of Kent State. He spent time with the Steelers, then Baltimore and then back to the ‘burgh where he found the bulk of his professional success.

Harrison is far from the only player to go undrafted and then have a solid, professional career, but he clearly stands out.

The Steelers signed nine undrafted rookie free agents in the hours following the 2014 NFL Draft this past weekend and there are two guys in particular you should keep an eye on.

Howard Jones of Shepard, a Division II school, is an edge rusher extraordinaire who set the career record for sacks by a Division II player before leaving for the NFL. At 6’2″ and 235lbs, Jones an extremely athletic player who will take advantage of any player across from him that isn’t as talented as he is.

He’s very raw and will need solid coaching to improve in some key areas one of which is setting the edge which is so important for Steeler outside linebackers. Based on the tape I saw of him at the NFLPA Collegiate Game where they had him as a defensive end, he has a great motor and goes from ‘A’ to ‘B’ with no wasted effort.

He looked very uncomfortable in the down position which is not uncommon for a guy used to being upright. His is very durable missing just one start in three straight seasons but he is going to need a lot of work to mold his abilities. I could envision a situation where he is told to “just go get the QB” right now but time will tell.

The other guy I really like from this crew is Josh Mauro, a defensive end from Stanford. At 6’6″ 270lbs, Mauro moves extremely well for his size and has solid experience in the 3-4 defense.

Nolan Nawrocki of NFL.com compares him quite favorably to Brett Keisel in terms of when Keisel came out of college in 2002. Mauro isn’t the type of defensive end who is going to put a lot of pressure on the quarterback but he holds up well against the run.

In Stanford’s win over Arizona State, Mauro displays a little bit of everything. Within the first three plays you see him make a great tackle on a wide receiver screen where shows really solid straight-line speed. Two plays later he gets an interception and shows some athletic ability before being tackled.

Stanford moved him around a lot in the game and even had him over center at times. You can see some of the drawbacks in his game when on the straight rush. He doesn’t own many moves and struggles to bull the blocker backwards. That said, I really think this kid could make a serious run at roster spot.

Whether or not Jones or Mauro end up being the next James Harrison is doubtful, but each has a chance to do something to help the team down the road.

The Steelers Have a Couple of Undrafted Free Agents To Keep An Eye On was last modified: May 14th, 2014 by steeldad
Howard JonesJames HarrisonJosh MauroNFLPittsburgh Steelers

If Anything, Pouncey’s are Guilty of a...

I agree on these (2) undrafted free agents.

They both “could be placed on injured reserve” and learn the system, develop physically and learn how to be a pro.

Extremely well said P. Both of these guys have good starting points with which to build on. Practice Squad likely for both.

I like them both and heard good things about them. I’m all for letting these young guys learn on the job and I’d prefer them over bringing back older injury prone veterans. The future is NOW.