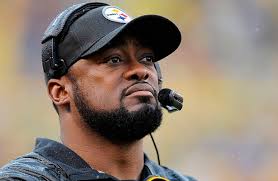 If I took a moment to write every time a talking head made a comment about the Pittsburgh Steelers I don’t think I’d ever leave the keyboard. But after former NFL running back and current NFL Network contributor Reggie Bush took Mike Tomlin and the Steelers to task, I feel more than obligated to brandish my opinion. Below are the comments of Bush in italics…

“I feel like the Pittsburgh Steelers haven’t learned their lessons. When you look at the Jacksonville Jaguars last year, everybody in the world knew that Pittsburgh was heavily favored to win the game, and had way more talent. And a bye week, and at home. Jacksonville had already beaten them once that season. Leading up to that game, what did we hear? Guys looking forward, already talking about the Patriots game. They’re looking past Jacksonville like this is gonna be a walk in the park. And what happened? They got punched in the mouth, they were down 21-0 in the first half. It seems like this happens year in and year out.”

Bush couldn’t be more correct about the Jacksonville game and this is where a lot of Mike Tomlin’s detractors begin their latest arguments. Tomlin himself was guilty of looking ahead with regular season comments about “seeing the Patriots again in the playoffs.” While we all appreciate Tomlin’s honesty, even he had to know it was not wise to say. Once he threw that out there, it opened the door for his players to say and more importantly think, the same thing.

The Steelers weren’t mentally prepared to play that game for myriad of reasons and whether we like it or not they begin and end with Tomlin. The simple fact that Jacksonville had already beaten them in Heinz Field should have been more than enough motivation but clearly it was not.

“At what point do you start to say that maybe the players aren’t responding to the coach, or maybe there needs to be some form of a culture shift that I believe Tomlin can get done. But you can’t have guys sending the wrong message saying ‘I don’t want to catch passes from the backup.’”

I do agree to a point that a coach’s message can grow old. Look what’s happening in New England. Even Tom Brady and Rob Gronkowski have grown tired of the “Hoodie” so yes, a coach can be in one place too long. However, for Bush to suggest Tomlin isn’t getting the most out of his players is like the pot calling the kettle black. Wasn’t Bush supposed to be the “next big thing” in the NFL? His career hardly turned out that way and why he’s given the platform he is to speak on other team’s cultures this early in his TV career is a bit strange to me.

Bush also takes exception to Antonio Brown’s comments about “catching passes from the backup.” I see his point but I think it’s also much ado about nothing. Quarterback-receiver relationships are incredibly unique and specialized these days and I highly doubt Ben Roethlisberger not being at OTAs last week was the only reason for Brown’s absence anyway.

While I certainly don’t agree with everything Bush is saying or suggesting here he is raising some valid points about the state of the Steelers. He isn’t the only one thinking that the team has under-achieved in recent years so his criticism is more than valid. Should the Steelers struggle this year due to the drama that enveloped them last year then you can bet Bush’s comments will be re-visited time and time again.

SCB Steelers’ Quick Hitters: The “Status of the Hawk” Edition