Steelers Target Free Agent Corners; Taylor on the Way Out? 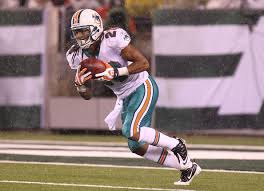 Scott Brown of ESPN today blogged that they Pittsburgh Steelers have contacted agents of at least three free agent cornerbacks. Alterraun Verner, Captain Munnerlyn and Nolan Carroll all appear to be targets of the Steelers’ front office.

As much as I’d like Verner, I believe he will be too costly of an option.

As Brown points out, Munnerlyn and Carroll would much more likely fit in the financial plans of the Steelers. Whether any of these three come to fruition as Steelers’ signees is uncertain, but what is clear is that the Steelers may be narrowing their focus for the upcoming draft.

It may also signal that negotiations with Ike Taylor may not be going so well. Taylor needs to take a drastic pay cut in order to stay with the team or else he’ll be released. Should this occur, the need for a free agent corner will grow tremendously because it’s highly doubtful that Dick LeBeau will start a rookie cornerback should one be chosen in the first round of the draft.

UPDATE: Ike Taylor signed a one-year deal for $2.75 million this evening. This will save the Steelers about $4 million in cap space.

With the signing of Will Allen, that solidifies the safety spot a little bit more while a free agent cornerback would do the same for that position.

What that means is that the Steelers could be targeting receiver, linebacker or defensive lineman in the first round of the draft.

Any position short of QB and RB is an option but I think these potential moves show the Steelers are trying to zero in on certain spots in round one.

There are many ‘what-ifs’ at play here but looking at the forest through the trees I can’t help but wonder if the front office strategy is starting to come together.

Mendenhall Retirement Should Serve as a Reminder to Steelers

Taylor, Steelers Combine to do the Right Thing

Taylor will be staying a Steeler. He recently tweeted he is happy to remain a Steeler for the rest of his career. Not sure if the numbers are out yet but I am sure he restructured to something low so I still don’t rule out the Steelers being active in the free agency toward corners.

Very happy to see him back Thomas. He obviously took less money to remain a Steeler and I know I appreciate that big time.

I know most people aren’t happy with Taylor but the Steelers see something in him others don’t. Yes Megatron ripped him apart but I ask you what CB hasn’t been the victim of the same thing? Drafting 1or 2 CB’s ain’t gonna solve everything. If they go that route there is no way they start. LeBeau played Jones and Williams as rookies and all that got from the fans was negative reactions, so what makes anybody think this year would be any different from past seasons for rookies under LeBeau? Yes the D needs to get younger but don’t sit there and tell me that draft will fix those problems. I know what your gonna say: We never said that. True but they way I see fans on other websites I get the feeling that fans have this misguided belief that this deep draft class at just about every position even on D will somehow fix the Steelers problems, look deep at the Steelers roster and you will see that no matter how much you hate some of the vets they do more good for the rookies than what is perceived by most fans or at least by the majority of fans out there.

People are very divided over Ike and as I admitted in my article today he has driven me nuts at times. That said, bringing him back is a big move for depth and experience. He has worked hard and has taken being a Steeler very seriously. I’m glad he’s back.