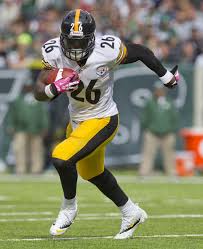 It’s always interesting to look at the record books of the Pittsburgh Steelers from year-to-year because even though you see a lot of the same names, you also see some new ones. Both Ben Roethlisberger and Antonio Brown have worked their way onto several lists just to name a few.

What makes Foster’s total so impressive is that he was not really known to be a receiving threat out of the backfield. Under offensive coordinator Ron Erhardt, the Steelers deployed an excellent screen passing game and Foster was the beneficiary of that.

With Bell’s tremendous performance in 2013, the question is can he possibly overcome Foster’s record? I have my doubts and here’s why; during Foster’s record campaign he rushed for 1,690 yards. In second was Leroy Thompson with 157 yards and third was Merril Hoge with 150.

Obviously there are numerous factors which cannot be ignored. Chief among them is the way the game is played today and the overall significance, or lack thereof, placed upon the running back position. This is what we must deal with however when discussing records.

As to the question, Bell could have a good opportunity in the coming years but much of this will depend on just how much the team is going to rely on LeGarrette Blount. If Blount is relied on as much as many think he will be, especially in goal to goal and shot yardage situations, then Bell will have little chance of catching Foster.

Nevertheless, it’s an interesting topic and hopefully will be for years to come.

Diamonds in the Rough Could Make Difference in 2014

Benching Adams is the Only Way Steelers...

No Excuses for Roethlisberger This Week

Actually, if Blount is “relied on goal to go and short yardage situations” (mainly) I think Bell can break the record, because those lost opportunites are generally minimal yardage plays. This should (hopefully) help keep him healthy for a full 16 games. Add to that an improving Oline (working with coach Munchak), more outside zone running (a Bell strength) and he has a shot at it!

That’s an excellent point SteelCan. I was looking at it from a touches point of view. You could be right.