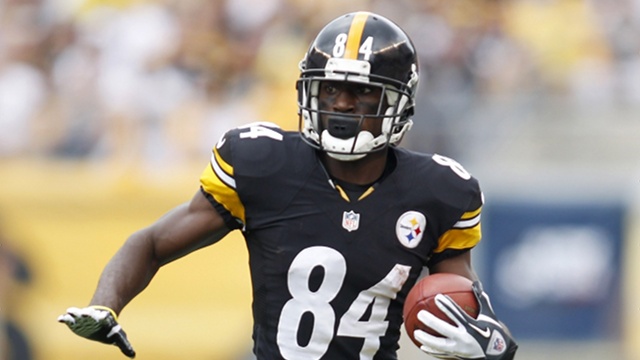 When the details surrounding a bust up at practice, or what many say was simply walkthroughs, were released less than a month ago, I feared the worst. And rightly so. The petulant drama led to a press conference spearheaded by Mike Tomlin who largely left us in the dark about the whole situation. That said, he assured us that the matter would be solved “in house”.

Let me be the first to say it, this matter is clearly not going to be resolved in house. This is mirrored by Art Rooney II, who released a statement earlier last week stating: “Whether the situation can be reconciled and have him back on the team next year, we’re a long way away from thinking that can happen.” He also added that he found it “hard to envision” that AB would be apart of the roster next season.

To add fuel to the fire, as the weeks have transpired Antonio Brown has flirted with the prospect of leaving. Depending on how you perceive his social media posts, that is.

Firstly, Brown began turning heads on Twitter, perhaps promoting a trade between the San Francisco 49ers and the Pittsburgh Steelers.

Finally, in an attempt to encapsulate his tomfoolery, he then decided to remove ‘Pittsburgh Steelers’ from his Twitter biography. 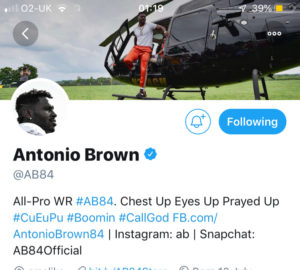 On top of his social media antics, the star wideout has failed to return numerous phone calls. Not just from that of Mike Tomlin, but also from the aforementioned ARII. All of which are signs that his time as part of the Steelers’ organization are coming to an end.

Where Do We Go From Here?

Ultimately, too many bridges have been burned in this unfortunate situation and that’s saying something for a city like Pittsburgh. For me, there’s simply no alternative than to ship Brown out of the Steel City.

That decision will be at the expense of our salary cap, which will be slashed by an approximate value of $21,000,000. Moreover, the loss of Brown won’t just hurt us financially but also in terms of production, as he is not only our most consistent contributor but also provides open looks for JuJu Smith-Schuster and the rest of the receiving core as he is double-covered more often than not.

The market for Antonio will be incredibly large to say the least. Furthermore, many teams will feel that they can control Brown’s temperament and attitude, as they often do with superstars who are prone to such controversy.

Most importantly, for whichever team elects to pick him up, he will instantly contribute fantastic numbers. This year alone Brown accumulated  1297 receiving yards and 15 touchdowns on 104 receptions. As evidenced, he is showing no signs of slowing down despite reaching the tender age of 31 in the Summer. In addition, the seven time Pro Bowler will also bring a wealth of knowledge to his future team, should a deal take place.

Although there still remains the slightest of chances that Antonio Brown returns to the Steelers’ facility this season, but for me and many others that prospect is like a candle blowing in the wind.

That said, let this be a plea on behalf of Steeler Nation, please Antonio, return home.

Easy come, easy go, there is no “i” in team, #-84 is now & has been a clubhouse cancer!!! Every prima donna can be replaced by a team player, as they should be!! Goodbye and good riddance Mr. Brown, you are not worthy to wear the STEELERS uniform 🏈!!!

I just wonder how well he will do with someone else throwing to him. Mr Wallace has not done much, look at the rest of WR’s that have left. Not many teams with really QB’s need a WR. Money will be a factor also. In the military he would get an attitude adjustment, maybe that’s what he needs now

Remember them smart mouth guys Sanders and Blount. It’s not like these guys have 60 TD’S and some rings to show for their problems.