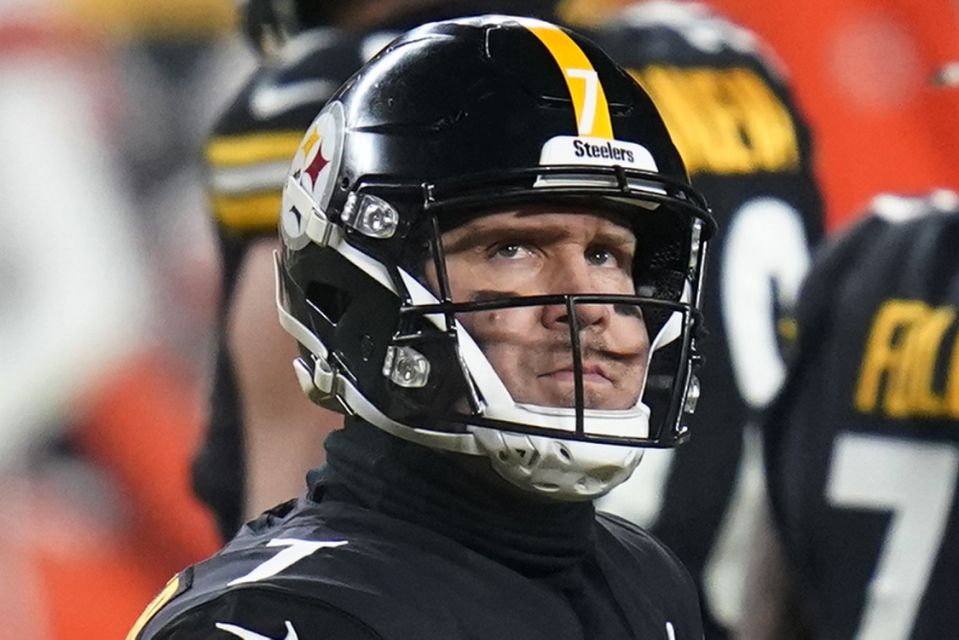 I am not a mind reader and I don’t know the first thing about reading tea leaves but I’m fairly certain when I can figure out the way a person is feeling. Pittsburgh Steelers’ General Manager Kevin Colbert is normally very good with his choice of words but today there was a clear message as far as I’m concerned. “We’re ready to move on from Ben Roethlisberger.”

To me, the use of "as we sit here today" to describe Ben Roethlisberger's status with the team is very deliberate by Kevin Colbert — and using that qualifier is almost never a good sign.

Similar to McVay saying Jared Goff was the Rams QB "right now." Shortly after, he wasn't.

Let Me Explain the “Why”

This isn’t about saving money so they can re-sign JuJu Smith-Schuster or Bud Dupree because regardless of what Big Ben ultimately does there’s going to be a huge cap hit as is laid out here.

The Steelers may want to move on because they have to know what they have in Mason Rudolph. I know, I know… you saw enough of him in 2019 and the thought of seeing him for a full season makes you violently ill. But doesn’t he deserve a shot? Doesn’t he deserve the opportunity to have a full off-season to prepare as the starter?

Rudolph showed serious signs of improvement in the finale against the Browns and perhaps most importantly he’s entering the final year of his contract. The Steelers are worried that if he plays well he’ll head elsewhere in free agency.

As for Roethlisberger, I think anyone putting the collapse on him last season wasn’t paying attention. He had a running game that finished dead last. Fans screamed that he wasn’t good at play action. How can you be good at play action when the defense knows you can’t run the ball?!?

He also had an offensive line that couldn’t hold blocks longer than two seconds and his receivers had the highest drop rate in the entire NFL. Those things are out of his control and therefore he can’t be held accountable for the horrendous finish.

If you want to say he’s slowed down, can’t move around the way he used to and won’t fit in Matt Canada’s offense then those are reasons the Steelers are ready to move on as well.

It’s hard to imagine Seven returning when three of his closest friends on the team aren’t going to be there. Maurkice Pouncey retired despite Roethlisberger trying to talk him out of it. Vance McDonald has already moved on in retirement and Alejandro Villanueva is likely going to move on too.

Big Ben made no mistake about his desire for JuJu Smith-Schuster to be brought back. JuJu has made it clear he wants to return but the Steelers aren’t going to be able to afford him barring drastic changes to the salary cap.

Then consider what I already alluded to as it pertains to Matt Canada. His offense, as it’s expected to be run, does not exactly fit well with Roethlisberger. It relies on motions of varying types and is designed to get defenses going in the wrong directions. It’s not that Big Ben couldn’t run it but there’s been clear messages that he isn’t a fan of it. Notice how much of those wrinkles disappeared as the season wore on…

Ultimately, and this is what scares me, is that sometimes change is necessary. Like many of you, I lived through the post Terry Bradshaw years and I’m in no hurry to re-live those. I still believe this team is better with Roethlisberger at QB than Rudolph or Dwayne Haskins even at the age of 39. But… If forcing Ben to retire or releasing him to change the team and get this “cap hell” over in one year rather than two then I get it.

Colbert didn’t guarantee anything with his comments today one way or another but if I’m Big Ben the writing is on the wall.

SCB Steelers Quick Hitters: The “Blood in the Water” Edition

Do what Tom Brady did look other places to go, I think you made a great deal of money and really don’t need a lot but just look at Brady did ,and he looks lot better in Florida now,

One “rumor” I’ve heard and I’ll again stress “rumor” is that he may try to go to Denver for a year. Elway was his idle growing up and he would definitely be an upgrade over Lock for a season. That said, I believe he retires at this point.

1. Need to get a real evaluation on Mason in his contract year.
2. The mobility to run the new offense
3. of course….the money
4. Thanks for the memories