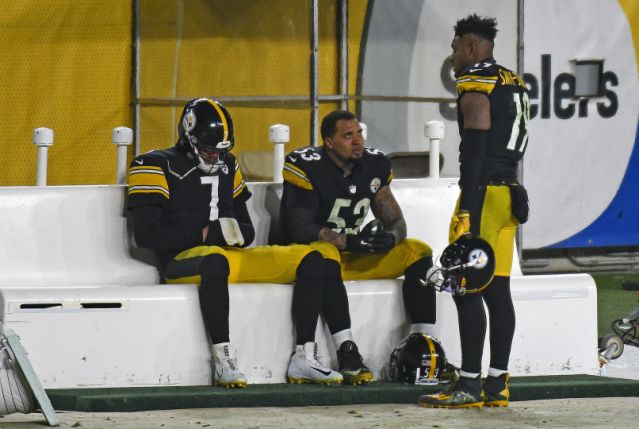 Rumors were rampant this afternoon about whether Sunday’s game was the last for Maurkice Pouncey, the Pittsburgh Steelers perennial Pro Bowl center. Dale Lolley of Steelers Nation Radio and DK on Pittsburgh Sports suggested this in his comments following the game. If true, it should immediately allow the Steelers to zero in their draft focus.

To be clear, Lolley reiterated today that he doesn’t know for sure.

To be clear, I did not report that @MaurkicePouncey is officially retiring. I did report that it certainly appeared that he is retiring. He'll make that official announcement on his own. That was part of my 10 Thoughts from yesterday's game.

What was abundantly clear is that the scene that unfolded following the game Sunday night has created the guesswork. Pouncey sat on the Steelers’ sideline with Ben Roethlisberger and both men were in tears. Pouncey has consistently said that when Big Ben retires then he too will go. Perhaps it was just two veteran players taking in the empty stadium but either way it was a departure from the norm.

A Pouncey retirement would mean $8 million in salary cap savings which is good but the team’s draft needs would suddenly be rearranged. While there will be a strong need for a left tackle, any offensive line that doesn’t have a center is dead on arrival. Therefore I have to believe drafting a center in the first round will be job one for the Steelers.

Do not assume that a center in the mold of Pouncey would be the order of the day. We do not yet know what type of changes this team and offensive staff will undergo. Mobility in a center has become a serious demand for all NFL teams but being able to block inline, hold the line of scrimmage, snap consistently and make the line calls are just as important in my opinion.

If you’re looking for names then any list likely starts with Creed Humphrey from Oklahoma. He’s believed to be the “most polished” of potential draftees at center. The Steelers could very well walk down the hallway too and find Pitt’s Jimmy Morrisey who has started 39 games for the Panthers. Also of note are Josh Myers of Ohio State and Landon Dickerson of Alabama.

While we may be getting ahead of ourselves a bit here it’s always a good idea to plan for the future because sooner or later Pouncey will retire. 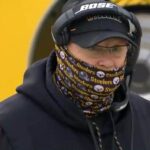 SCB Steelers Quick Hitters: The “Dealing With It” Edition