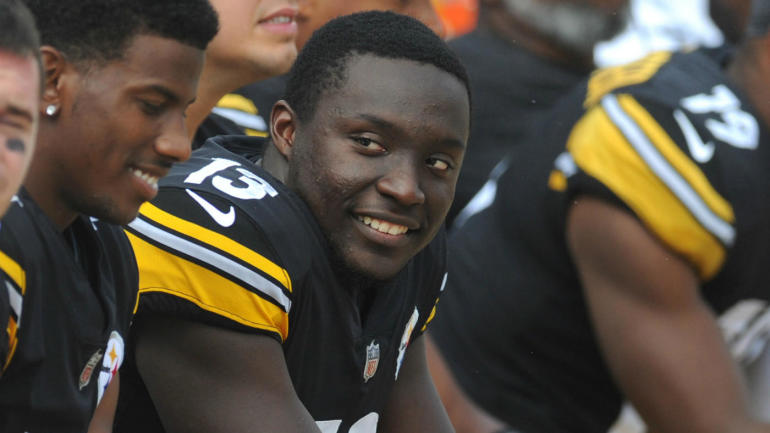 With the 60th overall pick in the 2018 NFL Draft the Pittsburgh Steelers selected James Washington out of Oklahoma State University.

Although the Steelers failed to replenish our biggest need at inside linebacker, I actually liked the selection. I know, bold claim, but hear me out. First of all, hindsight is a wonderful thing, which makes it much easier to comment on our slip-ups, like not selecting Darius Leonard with the 28th pick. Furthermore, at OSU, Washington demonstrated undeniable talent. He established himself as a reliable receiver who can make big plays in traffic as evidenced below.

#28 James Washington is one of the best players to play for the Cowboys. @JamesWashington 4,472 receiving-yards are the most in OSU history. He was an All-American in 2017 and Biletnikoff Award winner. pic.twitter.com/lGwrn0VRki

As well as that, he demonstrated raw speed and strength, which coupled with the ability of Antonio Brown and JuJu Smith-Schuster would make for an explosively dangerous receiving core.

Moreover, the proof is often within the statistics, with James Washington’s career being no different. Through four years at the school, he participated in 51 games. Through those, he compiled 4,472 yards and 39 touchdowns on 226 receptions, averaging 19.8 yards per catch. He was named to the Second Team All-Big 12 in 2015, the First Team All-Big 12 in 2016, whilst also garnering the MVP award for his 171 yard, 1 touchdown game in the Alamo Bowl.

Regardless, he produced his best year in 2017 as a senior. That year, he excelled unlike any other notching 1549 yards and 13 TD’s on 74 receptions. Unbelievably, he also averaged 20.9 yards per catch, with all of his senior year numbers being career-highs. For his efforts he was named to the First Team All-Big 12 once more. To cap off an incredible year, Washington was also named the best wide receiver in the NCAA as he captured the Biletnikoff Award.

As aforementioned, James Washington possesses the ability to catch balls in traffic. More importantly, he can also adjust to the ball’s motion mid-catch, this being something he depicted in week 2 of the preseason versus the Green Bay Packers.

In addition, Washington came up big against the New England Patriots in week 15. In this clip, he runs the route to perfection, outjumping the defensive back to make a play mid-flight.

Then, in the very next play, Washington demonstrated the ability to transform a small gain into a large gain.

Conclusive Overview Of The Year

I’ll be the first to admit that James Washington’s rookie year was far from plain sailing. The beginning of the season provided very little positive points, other than his first catch and touchdown against the Kansas City Chiefs.

Furthermore, by week 12 Big Ben Roethlisberger had already shown zero mercy to Washington after dropping a pass versus the Denver Broncos. He stated: “James needs to run through that and it’s a touchdown,” Adding; “We need him to bounce back.”

With that in mind, Washington bounced back in the best way, with a huge performance against the Patriots as depicted above. Additionally, in week 17 he compiled 64 yards on 3 receptions, averaging 21.3 yards per catch. It was an emphatic way to end the season personally, despite the Steelers failing to reach the postseason.

Ultimately, Washington concluded the season with 16 receptions for 216 yards and 1 touchdown, averaging 13.6 yards per reception. One thing worries me slightly though, that being his catch percentage of 42.1.

Evidently, it was a fairly quite year statistically, however, Washington displayed plenty of promise. He has all the right attributes to be successful in this league, as well as a proven track record at collegiate level. Most importantly, he has demonstrated that he can bounce back from adversity which impressed both Roethlisberger and the coaching staff. I can almost guarantee that James Washington will produce a career year next season.

This Steelers Team is Not Going to...