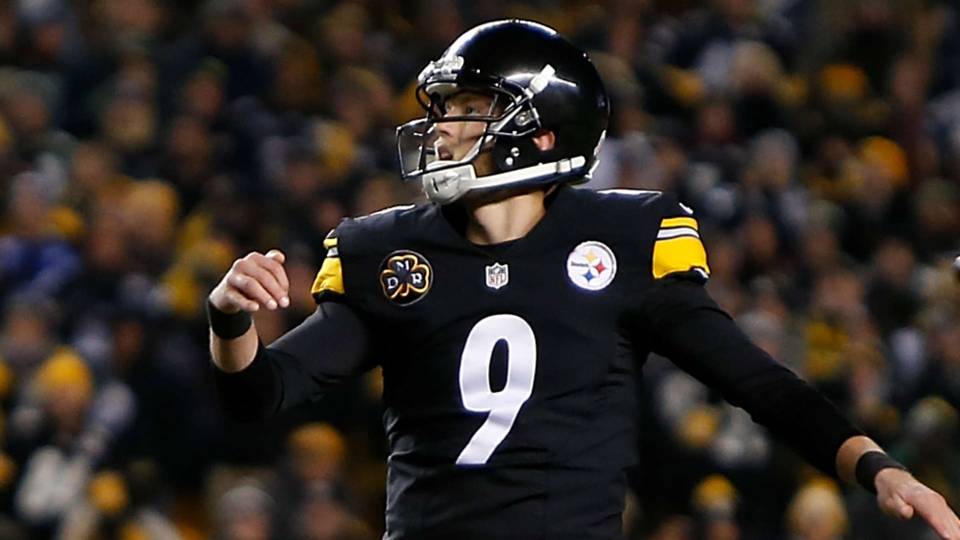 National Football League place kickers are often compared to professional golfers. They sometimes hook or fade the ball like a golfer and sometimes they drill it right down the middle. The one comparison you don’t ever want made however is if you start missing what should have been makeable kicks. When a golfer starts missing makeable putts he or she is said to have “the yips.” Some golfers recover while some will never play the game at a high level again because of them. Steelers’ Kicker Chris Boswell finds himself trying to conquer the yips of his own profession as we enter 2019.

The former Pro Bowl kicker spoke to the media today for the first time as OTAs resumed in Pittsburgh. Boswell has not spoken to the media since going on the injured reserve list prior to the Week 17 finale against Cincinnati.

Chris Boswell drew a big media scrum after OTAs Tuesday. Has his approach changed from 2018? "Next kick," he said. "I know I've got to be better than last year but I'm not even paying attention to last year." Boswell would not discuss the groin injury that landed him on IR at end

Chris Boswell on facing competition in training camp: "We've always had somebody and I approach it the same way. No matter who is out here, it's me versus me, it's not me versus anybody. As long as I can conquer that I should be pretty good."

Clearly Boswell understands how kicking competitions work. You can only worry about yourself and not what the other guy is doing. Having the advantage of his big contract will help but I think Boswell also understands the business of professional football. There’s no way Mike Tomlin can rely on him if things don’t improve in the preseason and the early part of the regular season.

Boswell is just two years  removed from a Pro Bowl season where he made 35 of 38 field goal attempts and 37 of 39 PATs. Being selected to the NFL’s All-Star Game if you will, ahead of perennial favorite Justin Tucker was a major feather in the cap of Boswell. Then 2018 happened.

He would make just 13 of 20 field goal attempts (including just 5 of 10 from 40-49 yards) and he missed five PATs (43 of 48). Perhaps it was something we should have seen coming when he missed the potential game-winner in week one at Cleveland. Most fans chalked that up to the wet and wild conditions but things never really got back on track for him regardless.

Now Boswell faces competition that really will feel “like competition” when Training Camp hits Latrobe this summer. Wright is an Undrafted Free Agent Rookie from Central Florida who connected on 210 of his 213 career PAT chances and made 55 of 71 field goal opportunities. He saw steady improvement throughout his four years for the Golden Knights increasing his made field goal percentage from 76.5% in his freshman season to 85.7% in his senior campaign.

To be clear, this job is not only Boswell’s to lose but it is also Wright’s to win. Wright cannot afford to be on par with Boswell; he has to be better in all phases of kicking from PATs, to field goals to kickoffs. Where this competition is come September is anyone’s guess but Boswell’s comments today suggest he understands exactly what he has to do. He would not discuss the groin injury from late in the season and he would not blame his misses on injuries either.

Boswell is popular guy among fans and he’s going to be given the opportunity at redemption. He’s the only one who can fix what ails him and by several accounts he’s on his way towards that. Even if he’s successful in the preseason there are no guarantees once the games count and that’s when Boswell and the rest of us will find out just how much like a pro golfer he really is.

SCB Steelers Quick Hitters: The “Back to Work” Edition