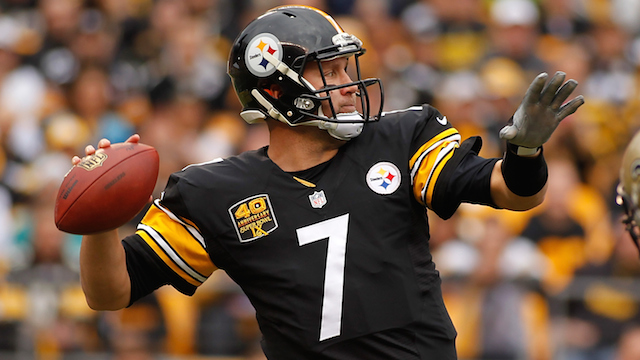 You might not believe it but I have a lot in common with Steelers’ quarterback Ben Roethlisberger. We are both big, strapping, young men of German heritage and we both have beautiful wives and a son and daughter each. We also expect the Steelers to win every single game and nothing short of Super Bowl titles is acceptable.

While I stretched that out as far as I could (because I’m certainly not “young”) the more important thing I can relate with Big Ben on is weight.

Every year, Roethlisberger typically reports to training camp in very good shape and looks considerably lighter. By the end of the season he is usually about 20-25 pounds heavier. I’m about the same size as he is I can tell you first-hand keeping the weight off isn’t easy.

Then again, I’m not the one making $100 million either.

The debate that often swirls around Roethlisberger’s weight is whether he is better as a QB with more weight or without. Many will argue that he needs the added bulk in order to take the pounding that he incurs every season. Others will suggest that staying lighter will help him avoid taking the big hits he’s become used to taking.

For me it has to be about how he feels. It’s a no-brainer to suggest as people we feel better when we lose weight but in his case, perhaps more weight makes him feel more confident. I’m of the opinion that Roethlisberger’s weight isn’t the whole issue.

What is, is his ability to stay in shape as the season progresses and that’s why his recent cardio program is a huge step towards that end. It’s very easy to forget about staying in shape once the season has begun but at 34 years old, Roethlisberger can’t afford to ‘not’ stay as healthy as he can. It’s not only the key to this upcoming season but his longevity period.

I sincerely hope Tom Petty doesn’t mind me taking liberties with his song but in this case I think it was warranted. Big Ben is taking the right approach as he gets older, it’s a lesson we should all take seriously as we age. 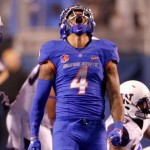