Steelers Rapid-Fire Thoughts From a Stunning Win Over the Bucs 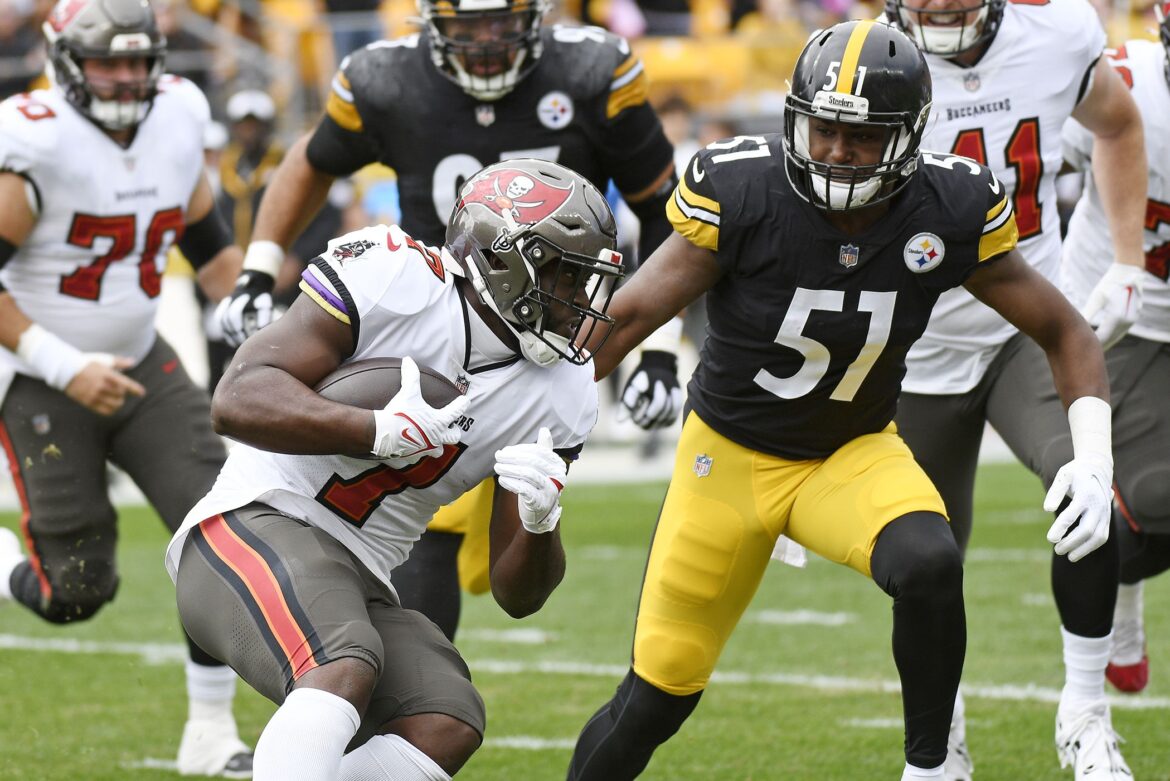 There’s a reason you don’t play games on paper. If they did, the Pittsburgh Steelers would have lost. Thankfully, they played on the field and the Steelers pulled out an improbable 20-18 over Tom Brady and the Tampa Bay Buccaneers.

-Kudos to Mitchell Trubisky (9/12 144 yards 1 TD) who came into the game and did more than enough to lead this team to a victory. Having a veteran QB who can step off the bench like that is huge. He made enough plays with his feet and his arm to get this win.

-Kenny Pickett (11/18 67 yards 1 TD) had a terrific opening drive going 5 for 5 and his first career TD pass. After that he was quite pedestrian until leaving the game with a concussion. I blame a decent portion of that on Matt Canada (see below) who will not let this kid throw deep or over the middle.

-If you need any further evidence that Matt Canada is on the struggle bus… several times this year the offense has moved the ball well on their first drive only to see the rest of their opportunities revert to pure crap. That was the situation again Sunday. They went right down the field behind Kenny Pickett and took a 7-0 lead only to sputter the rest of the game. That tells me he struggles to adapt to what the defense is doing to adjust to him.

-Great performance from Chase Claypool (7 Rec. 96 yards TD) who made clutch catch after clutch catch. Can’t help but feel good for the young man who so much has been expected of since his rookie campaign. I’m hopeful it spurs him forward for the remainder of the season.

-Not a good day for Kevin Dotson. Three penalties including one on the same play where his man hit Kenny Pickett forcing him from the game.

-Najee Harris and Jaylen Warren both struggled to run the ball. There were brief flashes but the consistency isn’t there.

-Devin Bush has become the most interesting man in the world. I can’t figure him out. He’ll go weeks where he looks disinterested and lost and then all of the sudden he will put together a nice game. His deflection on the two-point conversion proved to be the winning play.

-Tremendously inspired effort by a defense that was so undermanned most didn’t think they stood a chance. Larry Ogunjobi and Cam Heyward were stout all day long. Corners Quincy Wilson, James Pierre and Josh Jackson were solid and Tre Norwood and Terrell Edmunds were really good too. Not enough words to describe Myles Jack who is a tackling machine.

-Alex Highsmith had a sack and forced fumble but that was it. We have to get more consistency from him.

-I still don’t understand why Robert Spillane is on the field as often as he is, especially on third downs.

-Great job by rookie Connor Heyward who could have stopped when he saw flags fly but didn’t and made a huge gain to set up Claypool’s touchdown. That was the biggest play this season for the Steelers’ offense.

-If Gunner Olszewski hasn’t figured it out yet he should. Stephen Sims is the new return guy. He more than proved his capability on several occasions today.

-Nice bounce back for Chris Boswell today after he struggled last week. He knocked in both field goals including a 55-yarder and both of his PATs.

-Mike Tomlin continues to mismanage the clock in important situations. With three minutes left in the half and a four-point lead the offense looked like they wanted to go quickly, couldn’t execute and ended up giving the Bucs plenty of time.

-That said, today was one of Tomlin’s best overall coaching jobs. No, Tom Brady isn’t Tom Brady anymore but the Buccaneers had way too much talent to lose this game. Credit to Tomlin and his staff for putting together a defensive performance that kept the Bucs out of the end zone for the most part.

Next Week: The Steelers head to South Florida where the struggling Dolphins expect to have Tua Tagovialoa back at QB. This will be the Steelers second primetime game as they play on Sunday Night Football.

SCB Steelers Quick Hitters: The ‘Credit Where It’s Due’ Edition