SCB Steelers Quick Hitters: The ‘Credit Where It’s Due’ Edition 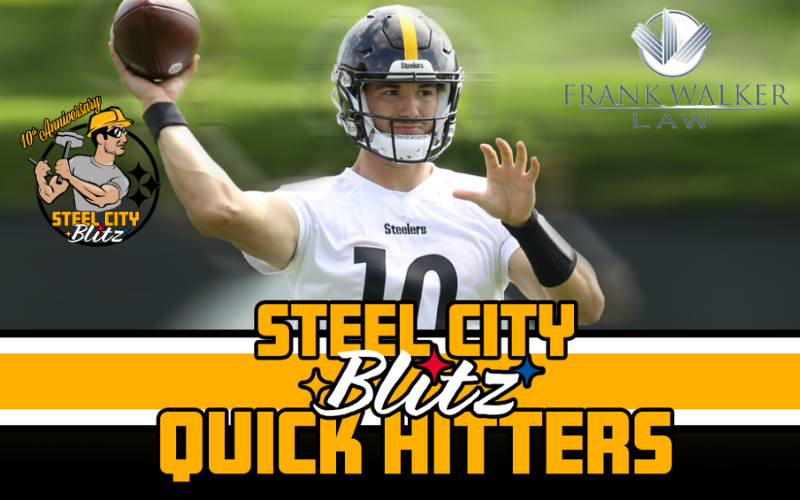 I’m sure you all saw that coming right? While I did expect some fight from the Steelers I also expected the talent of the Tampa Bay offense to be too much ultimately. That was not the case and it’s time to give credit where it is due. Mike Tomlin and his defensive staff put together a nice scheme to keep the Bucs’ offense at bay (pun intended). None of what they plan for however works if the players don’t execute and that’s where the front line comes in. Larry Ogunjobi and Cam Heyward were really good on Sunday and they had just enough help to keep Tom Brady uncomfortable in the pocket. The re-tooled secondary led by James Pierre, Tre Norwood and others was good enough to hold Tampa to four field goals and  touchdown. Will that same type of coaching and effort be on display in Miami next Sunday night? Who the heck knows? The 2022 Steelers have already proven to be quite a mystery.

If Kenny Pickett is cleared to play next week then he should be the starter. That has nothing to do with how well Mitchell Trubisky performed after Pickett left with a concussion either. Trubisky was very good in using his feet and arm to help guide the Steelers to victory. But… This team isn’t competing for a Super Bowl berth this season. Playing Trubisky and maybe getting a couple of more wins does nothing for the development of Pickett. The Steelers have to see how well he can progress over the next 12 weeks. They can start by letting him throw the damn ball over the middle and deep once in awhile too.

This team makes no sense #HereWeGo

You know who didn’t have a real good game yesterday? Kevin Dotson. He picked up three penalties and on the same play he was flagged for holding, his man still got past him and it resulted in Kenny Pickett’s injury. Despite this, Dotson should not be receiving death threats and if anyone reading this was one who sent him such a thing please go elsewhere. That’s absolutely ridiculous, uncalled for and quite frankly, it’s sick. Get some damn help.

At 2-4, you might think the Steelers are out of the race in the AFC North. You would think wrong. Pittsburgh still has four divisional games remaining and they get the Bengals in Pittsburgh and the Browns at home in the finale. Both Baltimore (3-3) and Cleveland (2-4) lost yesterday while the Bengals clawed out a victory over New Orleans to get to 3-3. If things continue in their current form then the Steelers will have a great opportunity to put itself in playoff contention.

In light of the fact that many fans have taken to calling our new QB “Kenny F*&#ing Pickett,’ I’m excited to present you with this awesome new shirt from DC4L Custom tees!

Steelers Rapid-Fire Thoughts From a Stunning Win Over the Bucs