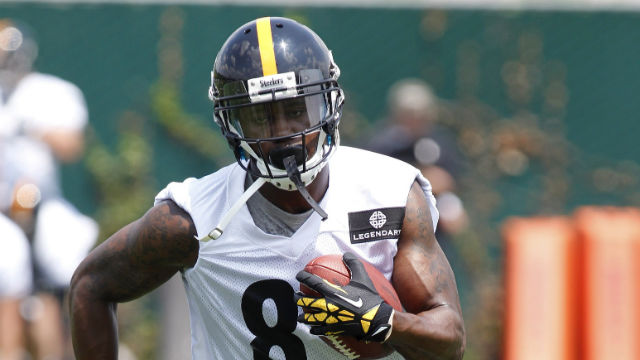 For the most part the annual Steelers/Panthers bowl is the most boring of the 4 boring games before the regular season. However, there is still reason to pay attention.

Mike Tomlin said in his press conference this week that guys like Derek Moye and Stefan Logan have been on the outside looking in, and made the team thanks to their play in week 4 of the pre-season.

With plenty of cuts already made this week, we’re starting to get an idea of what the final 53 will look like, but there are still a few guys that could change their fortunes with a good showing Thursday night.

There’s no doubt that DHB is a bust when you consider he was a top 10 draft pick. Putting that aside though Heyward-Bey is an above average gunner on special teams that works his butt off and provides solid depth as a 4th or 5th receiver.

Mike Tomlin has openly praised Darrius, so I think he’s on the team, but he should get a lot of playing time in Carolina… and putting up some good numbers wouldn’t hurt his cause. Brown, Wheaton, Moore, and Bryant are locks. The question becomes has Justin Brown already made the squad so that they carry 6 receivers, or is Brown fighting  Heyward-Bey for the spot?

I’ve personally thought all along that if anyone on the roster gives them an excuse to finally cut the cord on Chris Carter, that they would do so. Both Jones and Vic So’oto have had strong pre-seasons, but So’oto being cut to me means that Howard Jones will make the team.

I know that not everyone agrees with my however. Some feel the veteran Carter is still in the running. Derek Moye made the team last year with a hustle play in which he ran down a DB after a Landry Jones interception. Jones should focus on make a special teams splash more than anything, but he should see plenty of defensive snaps as well.

Rob Blanchflower hasn’t shown much so far this pre-season but is benefitting from the fact that there’s not much after Heath Miller and Matt Spaeth. Eric Waters impressed early on but didn’t make it through the first round of cuts.

Blanchflower is probably behind Michael Palmer but I’m sure the coaching staff wouldn’t lose any sleep about cutting Palmer.

Houston was signed late in the process, but with Tauren Poole and Jordan Hall gone, it might be telling that he lasted longer. We saw last year that it’s possible for a late addition to make the team, with Felix Jones joining the team on August 23rd.

Houston should see a ton of carries in week 4. If the Steelers do decide to punish Blount and Bell somehow, they’ll need an active running back on the team besides Dri Archer. I don’t see that happening, and Houston’s chances are slim, but stranger things have happened.

I think that eventually Wesley Johnson can be the Beachum-like swing man that’s capable of playing all 5 spots along the offensive line. He’s extremely smart and athletic enough to do that. However, he would really benefit from a redshirt year on the practice squad to bulk up.

That being said, Johnson should get a lot of work everywhere at Carolina on Thursday night. Some guys like Pouncey and DeCastro may not play at all, which means Johnson could see reps anywhere. That’s a lot to ask of a late round rookie, but if Johnson answers the call it might save his spot on the final roster. 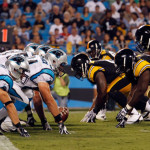 SCB Three-Point Stance; What We’re Looking for Against the Panthers