Steelers Have a Lot to Prove Despite Being Winless 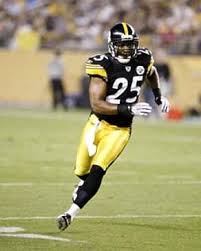 Although many think that because the Pittsburgh Steelers are 0-4 they are out of the playoff hunt. Only because the AFC North is proving itself to be as up and down as an elevator do they have still have a chance.

Safety Ryan Clark is so confident that he told ESPN’s First Take that he believes the Steelers will in fact make the playoffs. Ryan Clark was on ESPN? What a shocker that is…

I’m glad he feels so confident because right now I don’t share that enthusiasm.

The Steelers can take a big step towards fulfilling Clark’s belief with a win over the New York Jets on Sunday. With ‘Gang Green’ playing tonight, they’ll be on a short week and we’ll be coming off the bye. There shouldn’t be any excuses for the Steelers in terms of being prepared and being healthy.

Despite the horrendous start, the Steelers still have a lot to play for at 0-4 but should they lose, the stakes begin to grow not so much for the team but for the individuals on the team. Ironically, Clark would be one of those guys I’m talking about.

His play has been very sub-standard and his contract expires at the end of the season. At his advanced age, a contract extension is looking less likely right now.

Emmanuel Sanders is another guy who has a lot to play for although it may be hard to tell with his pouting behavior recently. He too will be a free agent and believes he can sign a big deal somewhere else but he has yet to give anyone reason to believe he deserves one.

We could argue that the entire offensive line will be auditioning for their respective jobs as the remainder of the season unfolds and certainly players like Jason Worilds and Ziggy Hood have things to prove as well on the defensive side of the ball.

The Steelers find themselves in a rare position in 2013 as every game becomes a ‘must-win’ with their backs against the wall. We will find out very quickly if this team is trying to prove itself or if it’s just a group of individuals fighting for their jobs.

Steelers Have a Lot to Prove Despite Being Winless was last modified: October 7th, 2013 by steeldad
Emmanuel SandersJason WorildsPittsburgh SteelersRyan Clark

Ben Can Help The Steelers and Himself at the Same Time