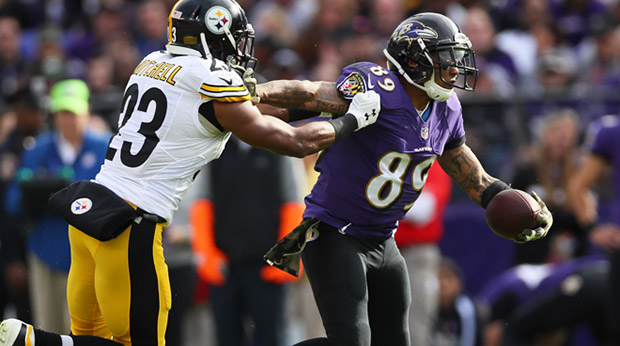 When you talk trash, you better be able to back it up. Both the Steelers’ Mike Mitchell and the Ravens’ Steve Smith have been going at each other since a crushing Mitchell hit on Smith left the receiver seeing stars last season in Pittsburgh. Smith was “speared” in the back my Mitchell which resulted in Smith putting him on his “All-Time Hit List.” This feud didn’t start though within this rivalry; it actually started in Carolina.

In 2013, Mike Mitchell came over from the Oakland Raiders. Steve Smith was already an established star who had helped get the Panthers to a Super Bowl. According to a source who writes for the Panthers, there wasn’t a lot of “love” between the two players. Smith saw Mitchell as a guy who would only make a big hit when another defender had already started taking him down. His play on the field was similar to his play in practice meaning Mitchell was flagged a lot in Carolina and those hits occurred in practice too.

That actually runs parallel to Mitchell’s hit on Smith in 2015. Lawrence Timmons had Smith stopped before Mitchell came flying in. In Mitchell’s defense, I’ve seen him bring the lumber on plenty of ball carriers or receivers who weren’t already engaged by teammates. Smith is a pretty intense guy with a hard edge to him so perhaps he just perceived things differently.

I don’t think it’s any secret that Mitchell is an odd guy. There have been plenty of ‘odd guys’ to play for the Steelers before but one word I often hear attached to him is ‘loner.’ In March of 2015, I was given what turned out to be very accurate information about Troy Polamalu’s disdain for what was going on in the Steelers’ locker room and Mitchell was a big part of that.

The irony is that during this three-game skid, a lot of the old concerns about Tomlin’s approach have re-surfaced. Those issues are very similar to those that Polamalu had then and he wasn’t the only one upset by the behavior of some new players and Mitchell was one of them.

On any team there are going to be guys who don’t always get along but you have to find an amicable type of relationship for the good of the team. Hopefully Mitchell learned a hard lesson yesterday about talking trash. But as we’ve seen, it appears this relationship goes way back and it isn’t just Smith who was rubbed the wrong way. 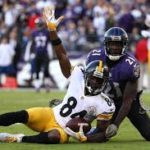