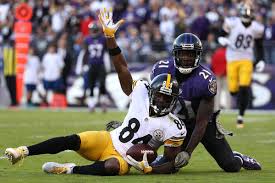 For all of the calls for Mike Tomlin to be fired or Todd Haley to be fired or for Danny Smith to be fired, there’s one overwhelming piece of information that we all have to consider. Maybe this Steelers’ team just isn’t that good. Am I allowed to say that? I can already feel the ire of many in the Steeler Nation for even thinking it but at some point we have to come to grips with the possibility.

The Steelers have looked very average this season so that makes it no surprise that they currently stand at 4-4. They are 3-1 at home and 1-3 on the road. All three road losses have been as ugly as they possibly could be and they all leave us asking “why?”

I watch a lot of Steelers’ film. More than I probably should but I want to confirm what I saw on gameday and more often than not my earlier thoughts are indeed confirmed.

Steelers’ QB Ben Roethlisberger called this offensive line “the best he’s had here in Pittsburgh.” On paper, it’s tough to argue. On the field, it’s anything but. This line is struggling and has for a good part of the season. David DeCastro has not played well. He is nowhere near his Pro Bowl level of last season. Alejandro Villanueva quite frankly should not be starting. He’s a wonderful story and I couldn’t have more respect for his service to our country but his pass blocking nearly got Roethlisberger killed Sunday. That has been a pattern all season.

Most of us thought that even with Martavis Bryant on the shelf for a full season that we would have more than enough capable receivers to fill his shoes. That has been proven wrong. No one opposite Antonio Brown has been able to consistently step up and make plays and it’s hurting the offense. I cannot explain Big Ben’s road struggles either. He’s a different QB in someone else’s stadium and that’s quite a change from his early years when he had no problem going on the road to win.

The defense has no room for error. Take away Cam Heyward for two games and they give up rushing yards like they were free samples at Auntie Anne’s. Take away Ryan Shazier and suddenly no one can tackle. Be forced to play Artie Burns way sooner then you ever planned and you’re going to have problems.

Bottom line? There is no depth and of the starting 11 on defense there are serious holes. Yesterday was a perfect example. When your oldest player (James Harrison) has arguably one of the better days then you’ve got problems. That’s not a knock on Harrison by any means. It’s a knock on the starting level of outside linebackers on this team.

Perhaps what we are guilty of is believing the hype. So many ‘experts’ had this team in the Super Bowl or AFC Title game that it was easy to think they’d just waltz through the schedule and into the playoffs. Right now, that isn’t the case and they are far from it.

Firing coaches isn’t the answer. Finding better talent is because right now this team lacks it and overall, it just isn’t as good as we thought it would be. 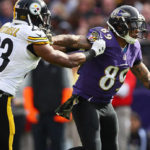 Didn’t I say leading up to the draft that the Steelers needed help on the DL but seemingly everybody I heard whether it be on radio, TV or articles I’ve read from this site, Steelers Depot and Behind the Steel Curtain those people only mocked 1 DL and decided that drafting 2-3 CB’s was more important than taking DL. Why do you people think I kept mocking at least 2 DL in my mock drafts? It wasn’t to tick you guys off it was more to show that the Steelers had no depth at those spots. As I recall most people fell in love with Javon Hargrave the so called “Gravedigger” and by my accounts he has earned that nickname but in a way. This draft had a plethora of DL but seemingly the fans ignored those guys for Hargrave and still to this point in the season I don’t see what all the hubbub is all about. I know you guys will point to Burns getting his first INT but honestly he is like Hargrave in that I don’t see anything that convinces me he can be this top CB fans want him to be.

We have talent what they don’t have is fire and leadership, We are the only team that thinks that playing your db’s way off the line is a !@##$% technique. Wake up guys “WE ARE THE STEELERS GET BACK TO KICKING ASS. F@#k the cute shit and and kick some ass. To say i’m pissed is putting it short.

It’s a lack of talent for the Defense. Playing the DB’s off the line worked for years when the front was talented now it’s not. Fix the front 7 by getting at least 2 DL and 2 edge rushers or 1 edge rusher and 1 ILB.