This week in Indianapolis, Indiana the NFL begins the pre-draft hoopla with the Scouting Combine or as I like to call it “The Underwear Olympics.”

With less than 90 days until the draft, we at Steel City Blitz want to know where you think the Steelers are headed with their first round pick.

As always, give us your feedback either in the comments section or on social media. 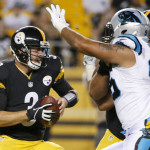 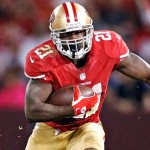 This entire draft needs to be all about the defense. Secondary, pass rush, MLB, DL..it’s all needs.