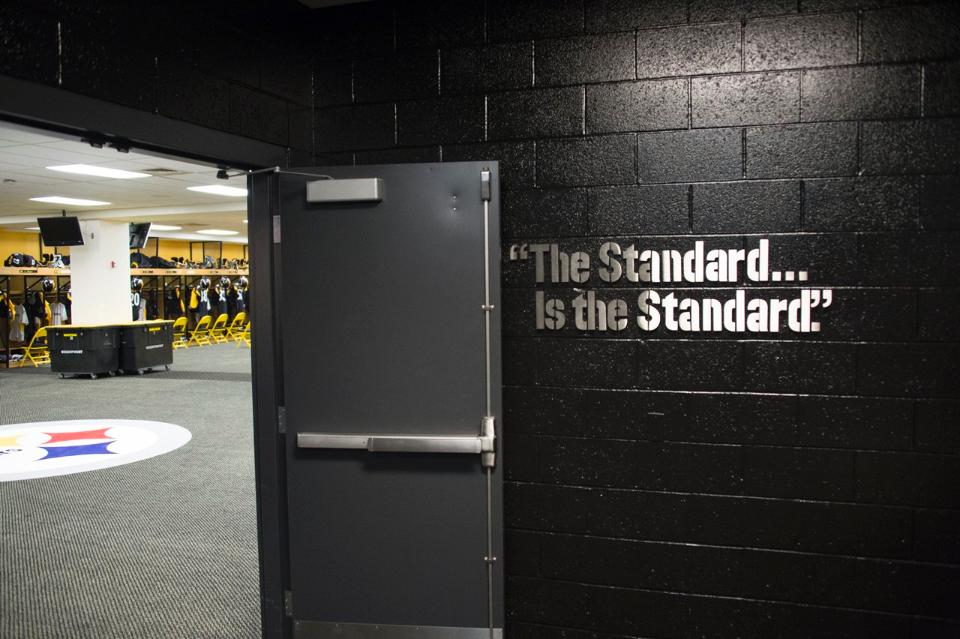 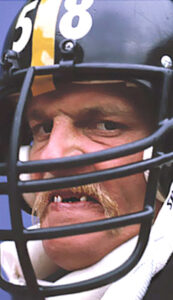 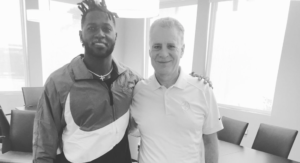 These two photos summarize the frustrations of the last decade of the Steelers nation.  Yeah, I’m old.  Yeah, I’m a little crochety whatever that means. All of that aside, generations of toughness, sternness and being raised to win at all costs by my deceased father led me to the passion to ask Steel Dad to write this.

My father and I have been to every Steelers Super Bowl.  Do you know what that means?   Nothing, absolutely nothing.  Not to anyone reading this.  Because if you are, you are probably a bigger fan than he ever was.  Me, on the other hand.  The Steelers had me at hello.  I was drawing two things on my school folders as a child.  Van Halen logos and the Steelers logo.  It consumed me.  I asked my dad “Why are the Steelers the only team with a logo on one side of the helmet”?  Don said, “Two reasons.  One – The logo is the universal symbol for Steel, and two – It makes us tougher than everyone else”  Wow,  I was lucky to have a dad with season tickets and access to the Allegheny Club and got to meet Art Sr and Dan more than just a passing by.

But what did that really mean?  TOUGHER?  NO CHEERLEADERS? Get completely shitfaced before kickoff?  It was real.  Those of you that were blessed to be in Three Rivers Stadium at 1 PM on a Sunday….  You knew.  It was real.  It was a conglomeration of everyone’s pent up anger from their shitty blue collar job and tough life.  And it all was let out in that 70’s cookie cutter bowl of volume every Sunday on the North Shore.

What was it like in Three Rivers?  Holy shit.  It was an energy I never felt in Heinz Field.  Its pretty simple.  Younger fans I have met on Twitter have as much or more energy.  It’s the corporate stiffs.  You know what?  I am now one sadly.  So, I can comment on both sides fairly.

At Three Rivers, 80% of the fans at the game paid for their tickets (Suites aside).  At Heinz, it dropped to 50% or less.  Stub Hub, Kids that are spoiled and don’t want to use daddy’s tickets.  A myriad of reasons all lame as hell.  The passion was sucked out.  Same thing happened at Consol / PPG Paints Arena with the Penguins.  Nothing personal, just a sign of the times.

Its been a crazy year.  The Steelers had a rollercoaster this season.  Those of you that think it was only upwards to the undefeated record of 11-0 are smoking the good stuff.  This team was doomed from week one and every win they stacked up made the deficiencies from the offensive coaching staff easier to kick under the carpet.

Randy Fichtner was legendary bad since he took the job.  Some people do not understand that play calling is actually irrelevant for the most part.  What really matters is the personnel you decide to put on the field, how you line them up in formation, and the options you give to your QB to avoid a bad situation you put him in.  I am telling you, with unequivocal confidence, that without Fichtner the Steelers make the playoffs with Mason (KO’d by Ravens and Assault by Garrett) and Duck two years ago.  The Steelers have had the worst tandem of OC / DC in the league without question the last three years and maybe longer.  Am I a Tomlin apologist?  Hell no.  He was the worst in the league handling Clock and TO for 5 years.  They hired someone last year and its been OK.  He/She must have been sleeping during the Cleveland Beat Down.

Where do we go from here?

Thanks Steel Dad and Steel City Blitz for letting me vent a little.

The ‘Voice of the Fan’ here at SCB is open to all. Have an opinion? Let us know and if it fits we’ll publish it. Opinions written do not necessarily reflect those at Steel City Blitz.

SCB Steelers Podcast 206 – Will Big Ben Be Back?

Tight Ends are the X-Factor Against the...