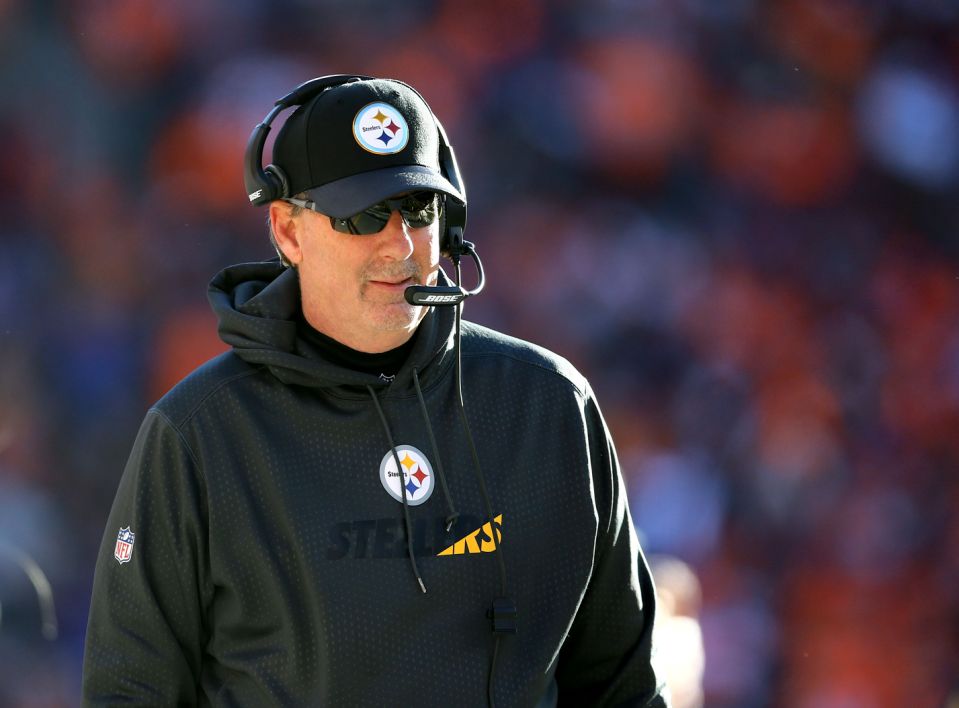 Even though the season isn’t over yet as we approach conference championship weekend, the Pittsburgh Steelers’ offseason is already in full swing. They have made several moves as far as their coaching staff goes, and they have even already made some decisions on players, such as left tackle Alejandro Villanueva, and tight end Vance McDonald, who the Steelers were expected to part with anyway, before he recently retired. One of the moves that the Steelers made that had a lot of mixed feelings with the fanbase was the extension of defensive coordinator Keith Butler. Butler has received some criticism from Steelers fans for a while now, and some were happy about his extension, some were not. So was it the right move to give him a one year extension?

There are definitely valid arguments for both sides of this. The Butler supporters will simply argue that the defense has been playing at an elite level ever since last year’s early season acquisition of Minkah Fitzpatrick, and there is no need to change something that is already doing very well. It is definitely worth noting that since the Steelers traded for Fitzpatrick, they have been in the top 5 in the league in almost every single defensive stat. The Butler supporters certainly have stats to back up why he should continue to keep his job. If the defense is doing so well, why are there people that think Butler should go?

I happen to be one of the many people in favor of Butler being let go, and I’ll tell you why. The biggest reason to me is something that most fans don’t even think of. At this point in the season, there are almost always multiple open head coaching jobs throughout the league, and those teams begin sending out interview requests for coaches on other teams to see if they would be the right fit to be their head coach. If they don’t make an in house hire, teams very often look at the offensive and defensive coordinators of the top offenses and defenses in the league. We see this with guys like former 49ers DC Robert Saleh getting the Jets head coaching job, and guys like Chiefs OC Eric Bieniemy who is always in the conversation for a head coaching job. For the past two seasons, the Steelers defense has been at the top of the league rankings, yet not a single team has been interested in potentially having Keith Butler as their head coach. Why is this?

This is because Keith Butler gets carried by the insane amount of talent that the Steelers defense has. It’s almost impossible to not have a highly ranked defense with the players that Pittsburgh sends out on the field. There is definitely an argument that it doesn’t matter who the DC is, the Steelers defense will always produce because of the amount of high level players they have. Butler’s play calling has also led to a lot of unhappy fans. Butler for some reason absolutely loves running an extremely soft zone defense whenever Pittsburgh has a lead, and it has led to the Steelers giving up a lot of unnecessary points.

Butler was also under a lot of fire from the fan base after the Steelers first round playoff loss to Cleveland. Not only did Pittsburgh let up 48 points, which is bad enough, but some of the decisions that Butler made in terms of play calling left a lot of fans scratching their heads. The biggest one was Butler often putting middle linebacker Robert Spillane in man coverage on Cleveland’s top receivers. While Spillane has definitely shown his ability to be an above average pass coverage linebacker, putting him in man on top receivers is not something that he should ever be doing, and that was proven during the game. Spillane got beat multiple times and it often resulted in a lot of offensive success for the Browns. Before you blame Spillane for that, know that it isn’t his fault. He has no business playing man coverage on above average NFL receivers. He doesn’t have the speed or the coverage skills to be doing that, yet Keith Butler had him do it anyway and Pittsburgh certainly paid the price.

Is Keith Butler the worst DC in the league? Of course not, Pittsburgh could do far worse. However, I think it’s important to point out that they definitely could do a lot better. The Steelers problems last year were 99% on the offensive side of the ball, and Pittsburgh could definitely win a Super Bowl with the defense and the personnel they have now. That doesn’t mean that there isn’t room for improvement on the defensive side of things, because there certainly is. Extending Butler only one year isn’t such a bad move, because if he continues to be a subpar coordinator, the Steelers could just let him walk. On the other hand, some fans will be upset that the not so popular Keith Butler will be sticking around for the 2021 season, which is almost certainly Ben Roethlisberger’s last chance at a third Super Bowl victory.