When you don’t finish a season as successfully as you hoped you make changes. The Pittsburgh Steelers started that process last week. Not brought back were OC Randy Fichtner, Offensive Line Coach Shaun Sarrett and Defensive Backs Coach Tom Bradley. To this point, the only hole filled has been the naming of QB Coach Matt Canada to the offensive coordinator position. While there isn’t a huge hurry, there’s a hurry. Confused? The truth is that all NFL teams are competing for coaches to fill vacancies. While there’s certainly more coaches out there than available jobs, you have to make sure you get someone you want rather than someone you settle for. So when I say they aren’t in a hurry, there’s always a hurry to get the best guy possible. With all of that said, I would be very surprised if the Steelers didn’t have both of those positions filled within the next seven days. Once the holes are filled the Steelers will turn their attention back to the players. Who stays? Who goes? And oh yeah, how is the draft prep going?

Tweet of the Day… Steelers’ ESPN Beat Writer Brooke doing some ‘Mock drafting.’ Stick to your day job Brooke! No thank you!

Having a little fun with some mock drafts tonight.

What do y'all think about this three-round mock? pic.twitter.com/cHeUL2yybe

With the Steelers already on the sidelines in this postseason they were desperate for some company. Somewhat surprisingly the Ravens joined them after losing 17-3 in Buffalo. I’m not exactly surprised they lost I’m just stunned at how little their offense could accomplish. The Bills’ defense is good, but I don’t think it’s anywhere near where it was a year ago and I figured the Ravens would find some points. It didn’t help that Lamar Jackson gave up a 101-yard pick-six or that he suffered a concussion, but they just never got rolling. And in Kansas City, the Browns couldn’t quite take advantage of Patrick Mahomes’ absence in losing 22-17. The Chiefs nearly suffered the fate of “you can’t kick field goals and expect to win” in this one. With both divisional rivals out, I can now sleep a bit easier.

A Few Names to Be Aware Of

With the Steelers already facing a laundry list of free agents, many of whom will not return, the team will also have to take a hard look at guys who may be asked to take a pay cut. Joe Haden is an example. Haden is scheduled to have a cap hit of $15.5 million in 2021. At the age of 32, is Haden worth that kind of hit and the $7 million in base salary that goes with it? Two other guys to consider are Vance McDonald and Vince Williams. McDonald’s deal has a club option which I’m guessing will not be picked up. Williams is scheduled to make $4 million and while he’s loved by the team and fans, is he worth bringing back? These are just a few names to be aware of going forward. 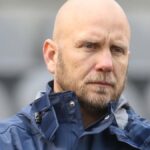 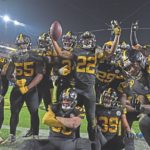