In a somewhat surprising move Steelers’ tight end Vance McDonald announced his retirement this morning. The decision will immediately save the team $5.2 million dollars against the cap. That’s no small thing either when you consider what the Steelers are facing. We’ve learned that McDonald was likely going to be a cap casualty and made the decision to retire rather than find work elsewhere. “Vanimal” has helped bridge the gap between Heath Miller and whoever our next great tight end is. He was brought to Pittsburgh for a fourth round pick from San Francisco in 2017. The former second round draft pick authored one of the greatest plays in Steelers’ history when he stiff-armed a Tampa Bay defender literally into the ground en route to a touchdown. His retirement leaves the Steelers with Eric Ebron (who may himself be a cap casualty), Zach Gentry and Kevin Rader. I have to believe the Steelers will look for a tight end in the upcoming draft.

We recorded episode 205 of the Steel City Blitz Steelers Podcast presented by DEK Roofing last night. We discussed Hue Jackson and Pep Hamilton as potential offensive coordinators and we of course discussed the signing of QB Dwayne Haskins as well. Former Steelers’ PR Man Ryan Scarpino joined us. Check it out!

Tweet of the Day… Another reason why I put up with Ben. He knows what he’s talking about.

Just gonna say it bc everyone needs to stop.
Yes, signing Haskins for the minimum was smart, but his RFA status in 2022 means little other than being able to keep him a little cheaper *IF* he proves he's worth ~$2.5M for one season, but no team is giving up a 1st for him. No one. https://t.co/v2SB8erthr

The Steelers surprised many with their decision to meet with Dwayne Haskins, the former first round pick by the Washington Football Team. They surprised us even more when they agreed to sign him. I wrote my feelings on this last night if you’re so inclined.

We thought Matt Canada had already been named the new Offensive Coordinator but apparently the Steelers are checking some boxes first. Updates to the Rooney Rule stipulate that teams must interview minority candidates not just for head coaching positions but also coordinator positions as well. Mike Tomlin is not one to just go through the motions so I take his talking with Hue Jackson and Pep Hamilton as quite serious. Part of the issue is that the team has yet to find an offensive line coach. If one can’t be found to work with Canada’s system then the Steelers may have to go another route. My gut tells me Canada is still the guy but keep an eye on this for sure.

SCB Steelers Podcast 205 – A Fast Start to the Offseason 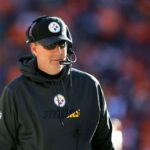