THIS WEEK ONLY! ENTRIES DUE ON WEDNESDAY AT 8PM EASTERN!!!!

The pot is growing…. We are now up to $2,000 as we head into week 11 of the NFL Season as our Steelers take on the Colts Thursday night!! Remember! All entries due by 8pm Eastern WEDNESDAY night.

You must tweet your guesses using #nailthenumber and tweet @Nailthenumber1 and @SCBlitz. All entries are due this week by no later than 8pm Eastern WEDNESDAY night.

-Winner will receive $2,000. If multiple winners in one week, the pot splits accordingly. If there is no winner the pot will increase by $100 per week until a winner.

‘Nail the Number’ Reaches $2,000 for This Week! was last modified: November 21st, 2016 by steeldad
'Nail the Number' #nailthenumber#steelersChris BoswellPittsburgh Steelers 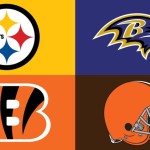 SCB Voice of the Fan Poll: Will...