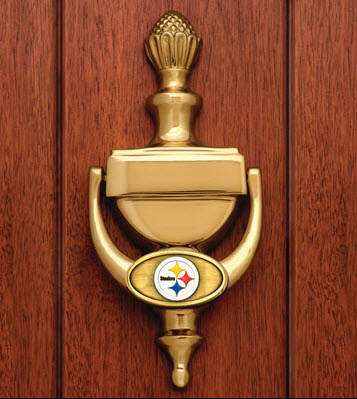 The Pittsburgh Steelers get to play one more game thanks to a team victory this past weekend. Their reward is to travel up to Foxboro and go against the New England Patriots.

There will be criticism of the Steelers redzone offense this week. For the most part it will be well deserved. I am not as concerned about it as others. The main reason why is because Le’Veon Bell never touched the ball from within the 10-yard line despite multiple chances. He has proven to be a big time player inside that area.

The important thing is for the Steelers to realize this and remember that Chris Boswell and 6 field goals won’t be enough to beat the Patriots.

The Kansas City Chiefs had a very good defense this year and just suffered from not having Derrick Johnson out there. I think New England still has a good defense. There will be a lot of talk about how the Steelers defense hasn’t been tested during their current win streak. Well, the same can be said of the Patriots defense. They still wouldn’t have been tested if Tom Savage started for the Houston Texans this past weekend.

People will also point out that Bill Belichick does a great job of shutting down the opponent’s best weapon. Well last time the Patriots held Bell to 21 carries and 81 yards. Meanwhile Antonio Brown put up 7 catches for 106 yards with Landry Jones throwing him the ball.

Yes, they were kept out of the endzone for the most part. They were hardly shut down as the game was 20-16 for most of the fourth quarter.

In 2015 that same coach allowed Brown to catch 9 passes for 133 yards and a touchdown. You would figure a game without Bell the Patriots would eliminate Brown. They didn’t do that or even stop the running game as DeAngelo Williams carried 21 times for 127 yards.

The teams have changed a lot since both games were played. Neither game showed they could stop the Steelers play makers. The reason the Steelers lost those games can be attributed to two key things.

The first is the lack of all three of the Killer B’s (Bell, Brown, and Ben Roethlisberger) being on the same field at the same time. The second part was being able to slow down the Patriot’s offense.

The Patriot offense will be missing its Bee Killer in Rob Gronkowski. This season you could say he was quiet with 4 catches for 93 yards and a TD. That just means he averaged just over 23 yards a catch. This season LeGarrette Blount ran wild on the defense with 24 carries for 127 yards and 2 TDs. While the Steeler defense has grown up a lot this season, they still miss Cam Hayward out there. They cannot forget about the Patriot running backs in attempt to stop the passing game.

The way to beat the Patriots is to disrupt the timing of the Patriot offense. The Steelers have excelled at getting to the quarterbacks over the second half of the season. They have not faced a quarterback with the release of Tom Brady since Tom Brady however. The Steelers defense didn’t register a single sack of Brady the last time they played. It would be great to see the defensive backs use press coverage this week but can’t see that happening.

This will be a great game for the Steelers to show how far the team has come. I see their offense putting pressure on the Patriots all game. I can see their defense slowing the Patriots down even though they won’t pitch a shutout. Not sure who will win but I have faith in the Steelers right now. 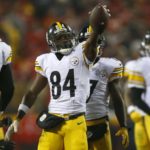