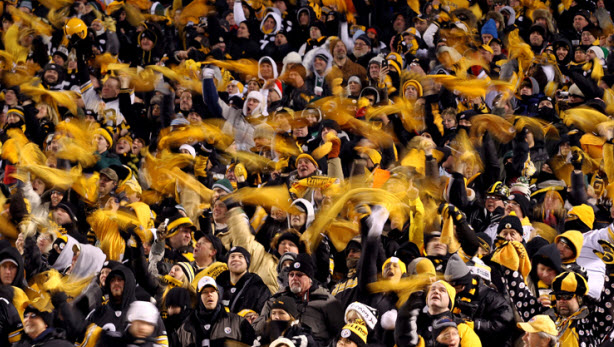 I was blessed with the opportunity to go see the Pittsburgh Steelers take on and rally against the Cleveland Browns this past weekend. A shout out to my wife for allowing me to drive from Chicago to Pittsburgh on New Year’s Eve without her.

During the game I had some text conversations with her. One big thing was the crowd’s response during the game. This started me thinking about what I think a fan’s right and responsibility is during a game.

At home I yell at my screen at certain plays and wonder why the fans aren’t back in their seats to start the third quarter. I wonder where the crowd noise is during critical third downs when the opposing team is on offense. I was not expecting a ton of crowd noise given that the game did not have much on the line. I was floored to hear how the crowd responded late in the fourth and then in overtime. I was not floored in the good way however.

The crowd would get loud when the Browns were on offense while they were in the huddle. Some of that was the jumbotron’s prompting at that time. When the Browns would get to the line, the noise seemed to die down. But then when the Steelers were driving in overtime, the crowd was staying loud as Landry Jones got them to the line of scrimmage. People in my section were trying to get people to quiet down. I was one of those people trying to tell others to keep quiet.

It occurred to me that two weeks ago against the Ravens, Ben Roethlisberger was leading a drive with less than two minutes to go in the game and the same thing happened. The Steelers got within the Ravens territory and the fans started getting loud. The fans were so loud that even Big Ben was trying to quiet them down.

This weekend starts the playoffs. I beg of any fan going to the game to sit back and think about when the correct time to be loud is. The reason the Steelers need us to be quiet when they are on offense is to communicate audibles to each other. If the players on the field can’t hear the call, bad things can happen.

When the Steelers are on defense, they need the noise so the other team can’t communicate. So the offensive line might jump the count and lose yards because of a penalty. Make it hard for the quarterback to make adjustments and force a timeout.

I understand that people have different views about booing the team. Heck, my wife and I had that text conversation during the game. The one thing that fans should be on the same page with is when to make noise and when not to. This might not seem critical to some people but there is a reason the Seattle Seahawks have a fan base called “the 12th man”.

We are Steeler Nation! We should not be outdone by a fan base that may or may not have taken their name from another program. This playoff run allows for one game at Heinz Field, maybe two if things break right.

So if you are going to the game, save your voice when the Steelers are on offense. Applaud after a good play but keep the noise down. 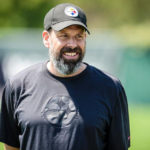