This article is not about any one player or team in the NFL. There won’t be talk about draft day selections and who the Steelers should get at pick thirty or who they shouldn’t pick. The meaning behind this article is one I hope that people read and come to understand the bigger picture of football players when offseason and draft day comes around.

Often we as fans at a young age see a game of football being played on television, either that be college or pro football, and will cling to certain players. We love the way they caught the ball and moved up field or how they ran with the ball by juking around the defense. A few years down the road the player gets older, contract comes up for discussion, and money negotiations go back and forth. Fans want the player to come back and play.

Fans will even go as far as paying whatever the player wants in contract terms. Other fans will hear famous players from other teams become available and will want to sign them no matter the money involved. Before one goes to sign Adrian Peterson or Tony Romo-like players look at the Steelers roster. How will these guys fit in? How much money will it cost to sign them and how much do they want? Letting a player walk who has spent many years on the team is not an easy task if you become attached to a player.

The problem is that fans become attached to players, multiple players, and when you become attached to players you lose sight to the needs of the Steelers. The needs of the Steelers may come in the form of needing to move on from a player to save cap space to needing to upgrade a certain position on the field. Doing this may cause a move like letting a player test the free agency market.

As we approach this draft remember to see the big picture of what the Steelers needs instead of what you yourself want to see happen. If you are into mock drafts online, draft with the Steelers needs in mind before you click that draft button. There is nothing more than I would like to do is sit here behind the keyboard and mock draft the Steelers taking the best Tight End, Edge and Linebacker on the list.

That’s not going to happen because it’s not realistic. I’m a diehard Penn State University fan and I would love to draft WR Chris Godwin along with a couple linebackers for the Steelers to develop into future stars. Same goes for Pitt fans, Ohio State, Florida, and USC fans.

Step back, breath a few times, and look at the bigger picture this daft season. Remember what the Steelers need instead of who you want. We cannot lose sight of how the offseason and draft work. Separate your feelings towards players and your favorite teams and think logically. Go log onto your favorite draft simulator and draft away! 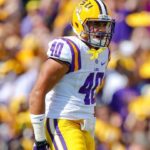 Ok, let’s look at the Big Picture.
We Didn’t Score Enough Points in The AFC Championship.
We can’t trust Ladarius Green, Matavis Bryant or Fingers Sammy Coats.
This Means We Need Weapons so it’s not just a defensive draft. Yes We Need OLB and a press CB or Coverage Safety but we also need a Receiving TE,Wr & #2 RB.
In the first 4 rds (5picks) we need Olb,RB,TEor Wr,CB,Qb. QB because Ben might play 1-3 yrs do get someone competent to learn the system.

Seeing the bigger picture I can see trading Martavis Bryant to Seattle for Richard Sherman. Why? Be cause the window is closing, we need a press/coverage cb and we got to The AFC Championship without him. Longterm the Steelers will not sign him yo a long term deal so cash in once he’s eligible for reinstatement.

Now if we keep him and he stays out if trouble I have no doubt y g at we will out score everyone as long as we pick up another TE.

This is an important draft and we need to double dip at olb, need a Outside & inside cb ie Adobe Awuzue,Tre White, Obi Melifonwu or Michigan CB.

Everyone views the off season different. We also need a ILB, but the sky isn’t falling. I like to look at it thru the what is working sunglasses.And this team does have some players.In short we have needs and talent everywhere as does everyone.If there was a young talent available we have shown in the past that we would do it. And remember we did bring in Kevin Greene and aging pass rusher with something still left in the tank. I have been critical of the front office in the past but they have taken a team that was sliding two years ago and really turned it around fast.