Will Steelers-Colts Be Brandon Boykin’s Coming Out Party? 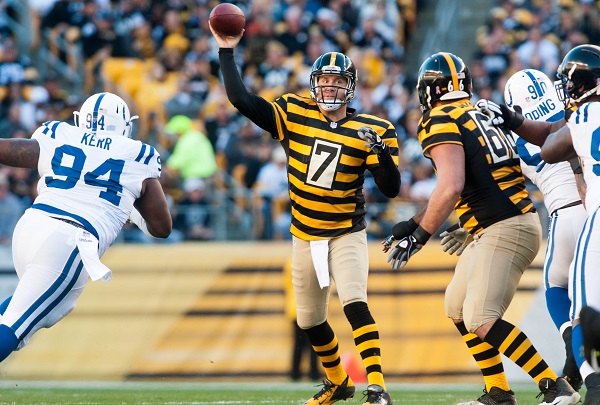 What can we expect Sunday night versus the Colts? Will the Steelers bounce back and get a much needed victory over a conference foe? In my opinion, yes. But, let’s examine the bigger picture.

Let’s take a look at the Colts defense first because it’s easy. The Colts defense is not good. That is, aside from Vontae Davis who is very good and was hurt and left the game early in the first half of last year’s game. Regardless, given the inadequacies with the Indy front 7, I would expect a more balanced attack and for Ben to throw to all areas of he field. The Colts pass rush scares no one and the Steelers offensive line is pass protecting surprisingly well. Any NFL QB, given enough time, can carve up a defensive backfield, much less a QB with Ben’s skill set.

Last year Ben went 4 of 4 on throws of longer than 25 yards. I would expect at least as many throws downfield, possibly more. The Colts haven’t changed much in terms of defensive personnel or scheme. Gil Brandt noted the Steelers offense has an opportunity to record historic success this week.

Steelers can do something this week they've never done in their 81-year history: score 30+ points in 4 straight games.

Defensively, the Steelers face a Colts offensive unit that really doesn’t have any strong threat. Frank Gore was a very good back once. He’s 32 now and no longer has much, aside from power running ability. While the Steelers tackling woes may make him more effective than he might be against another team, he is no longer a threat to break anything long.

Matt Hasselbeck is still a solid QB. He’s no longer got the arm strength necessary to carry a team, but he has the smarts to put the ball where it should go in the short to intermediate passing game. He calls protections well and will be able to recognize Steelers defensive formations that the Colts can audible to run plays against.

Given that the offense is most potent in the short passing game and depends upon receivers getting YAC, we can expect everyone’s favorite tactic. Zone coverage, probably a lot of Cover 3 shell and “tackle the catch”. Make the Colts drive the field and wait for them to make a mistake. Hopefully the pass rush forces Hasselbeck into some bad throws. The Colts offensive line wasn’t good before and will be without two starters, possibly a third.

And now for the question that is front and center for every fan who believes that Antwon Blake is woefully underperforming at right cornerback. (That would be about 99% of us.) Will Blake go to the bench and make way for Brandon Boykin?

I’ll admit it. I have no strong sense for what Boykin is capable of. I know for certain that if Blake was playing even at a competent level, Boykin and his abilities would not be so built up in our collective perceptions. If Blake could play, we would simply defer to the Steelers coaching staff’s expertise and move on. But, Blake is awful, so we want them to try someone else.

Early in the week, I really thought we would at least have some kind of definitive answer as to how Boykin fit in the Steelers’ defense. Now, I’m not so sure. Keith Butler indicated on Thursday that he was not comfortable with Boykin being on the field on running downs. Butler was asked if opposing teams would target Boykin in the run game.

“They may or they may not,” Butler said. “But we’re not going to put him in there when we think they’re running.”

That would mean that Boykin is not on the field on 1st down or in short yardage situations regardless of the Colts’ personnel package. If they go 3 wides in that situation, we can likely expect Cockrell, Gay and Blake on the field.

The crew at SCB have been beating the bushes since August trying to get a sense for why the team has elected not to play Boykin. Can they possibly dislike Boykin’s play, outside his coverage ability, so much that they actually prefer pushing Will Gay inside at the cost of having Antwon Blake on the field for over 90% of the defensive snaps?

Here is what we have heard consistently since camp ended.

1. They consider Boykin a “slot only” CB and they like Will Gay better than Boykin in the slot.
– Playing Boykin could mean that Gay moves outside, making way for Boykin to play slot.
2. They think Boykin a poor tackler.
– I have to say, given what we’ve seen from the rest of the backfield will the drop off be that great?
3. Boykin has a tendency to get knocked off of his feet.
– This observation bears watching. If true it would explain a great deal.

If Boykin turns out to be another Brice McCain-type player, I will not have a problem with how he’s been utilized. McCain could cover, but that was all. He isn’t physical, doesn’t maintain his base when fighting off blocks and often turns his hips toward the sideline and crosses his ankles when moving laterally. Football 101 dictates against those habits and so when he left, I had no issue with the lack of an offer from the Steelers. I was never a fan.

The thing is, I don’t think Boykin is that kind of player. He played press-man a lot in Philly. He has the ability to be physical from that standpoint. I keep hearing about how slight Boykin’s build is. He looks thicker across the top to me than Blake, but I have been told repeatedly that I am incorrect.

Hopefully we’ll have an answer as to how Boykin can hold up as a full time nickel back on Monday morning. My sense though is that Boykin won’t play on 1st downs unless the Steelers get a sizeable lead. 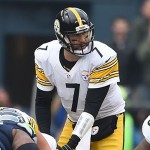 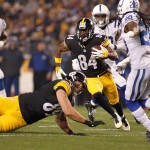 This reminds me of the movie Little big man. When General Custer tells Dustin Hoffman you are a mule skinner, and he doesn’t have a choice. Boykin could play outside corner just fine and by trying to paste a label on him saying otherwise is foolish. It’s simple put your best guys out there and go at at it. This total bull crap that he can only play here and we can’t put him in on the run has to stop!!! They are just excuses for a pig headed coaching staff. The truth is coach doesn’t like the guy on a man to man level and won’t play him everything else is bull shit. And to Boykin’s credit he has remained head high above it all. The proof is that if he were on any other team no-matter who he would be getting some playing time.