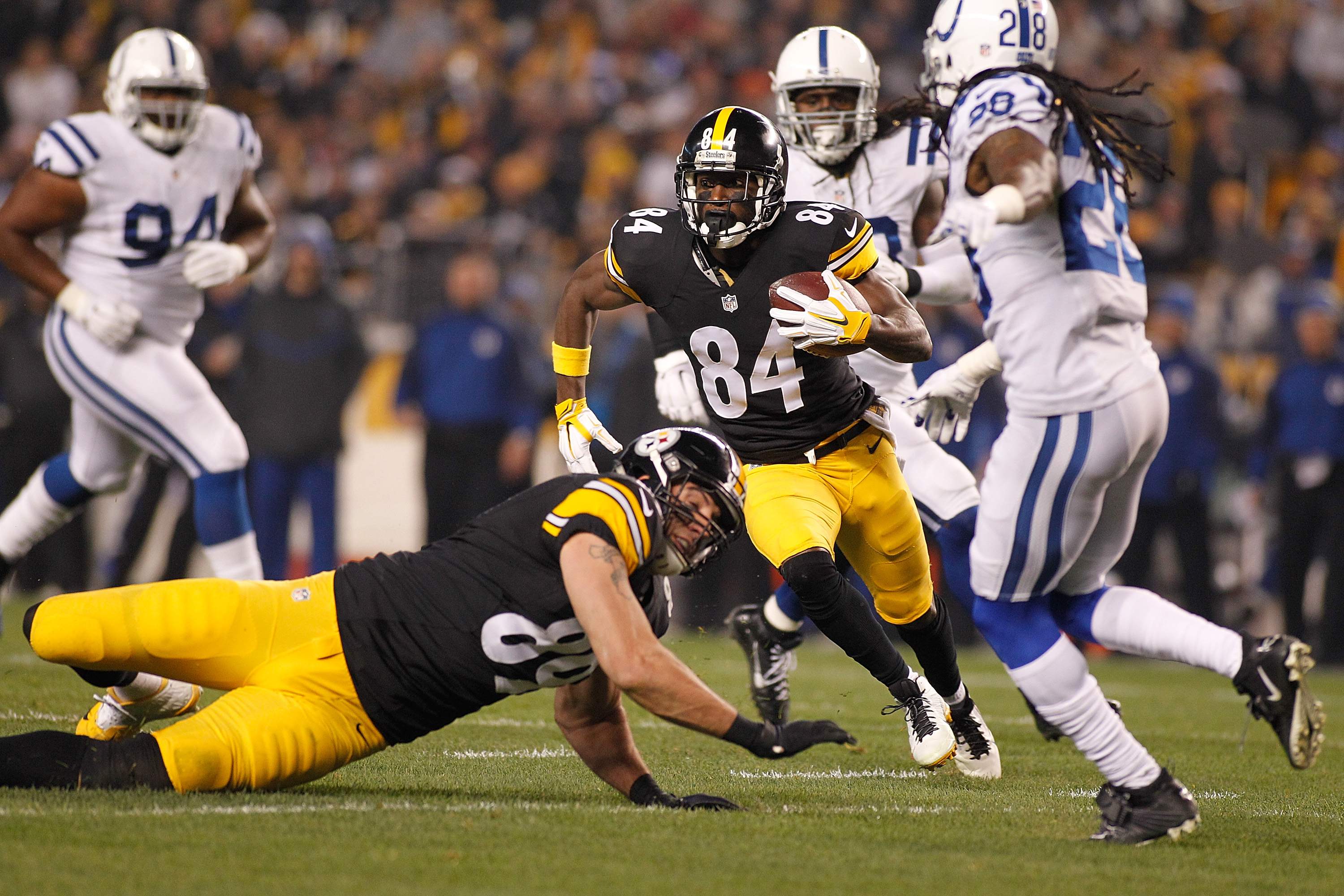 It didn’t start beautifully. Two fumbles, some poor execution and a look of complete disorganization had Steelers’ fans wondering how their team could open such an important game so awfully.

Twice the defense bailed out players who committed turnovers by limiting the Colts to just three points. Twice more the offense bogged down in the Red Zone which led to just two field goals and before any of us could really shake the ominous feelings we had, the Steelers trailed 10-6.

The last word I would have ever used to describe what was happening at that point was “beautiful” but then suddenly the Steelers’ started to blossom. It wasn’t like the slow awakening of a spring flower though, it looked much more like a mushroom cloud exploding over Heinz Field.

The final two drives of the first half resulted in touchdowns and coupled with a two-point conversion following the first, the Steelers were suddenly shedding their ugly duckling ways. The Colts would not score again for the rest of the game and the offense and special teams would tack on 24 more points in a resounding 45-10 win that couldn’t have come at a better time.

By the time we were in the fourth quarter it was hard not to recognize the beauty of not just the Steelers’ offense on this night but the defense as well.

True to his word, Mike Tomlin inserted Brandon Boykin into the secondary and he was rewarded with a diving interception in the first half. The pass rush was relentless on Matt Hasselbeck and then with a big lead, the ears were pinned back and not even pony-tailed Charlie Whitehurst could survive the onslaught of James Harrison and company.

As good as the defense was the offense was the rose in the garden. Ben Roethlisberger continued his mastery of the Colts with four more touchdown passes giving him ten in his last two games versus them. Antonio Brown bounced back from a very average game in Seattle with over 100 yards receiving, two touchdowns and a punt return TD that ended with one the more interesting celebrations I’ve ever seen.

DeAngelo Williams continues to be the best free agent pick-up of the year with another monster effort of over 150 combined yards from scrimmage and not to be outdone was Martavis Bryant who joined Brown in the century club with a TD of his own to boot. As beautiful as all of that was, the offensive line was beautiful too.

Ben Roethlisberger was hit a few times but he was never sacked and Alejandro Villanueva continues to improve while protecting Big Ben’s blind side. He sent Robert Mathis home with a donut in the sack department.

Perhaps the most beautiful aspect of the offense last night was that Offensive Coordinator Todd Haley didn’t get in the way. There were no moments of ‘over-thinking things’ and there were no instances of trying prove he was smarter than everyone else. Haley let the offense roll and he found the balance that all offenses crave while staying out of the way.

At 7-5 the Steelers are still very much alive in the wild-card race but face two daunting challenges in the coming weeks. They head to Cincinnati Sunday then face the Broncos in the home finale a week later. Assuming they’ll take care of business in the final two games at Baltimore and at Cleveland, the Steelers can maybe afford a split in the next two weeks but that’s it.

For my money, winning the final four would be the safest and surest route to the playoffs. Now wouldn’t that be beautiful?

Will Steelers-Colts Be Brandon Boykin’s Coming Out Party?

Good game all around, DeAngelo Williams is the man so glad he’s here. Playing Boykins didn’t mean everything but it shows we have a player. Now let’s start employing him more, it’s only common sense. And believe it or not there were over-throws drop passes and penalties. This is a dangerous team with some focus and luck you never know.